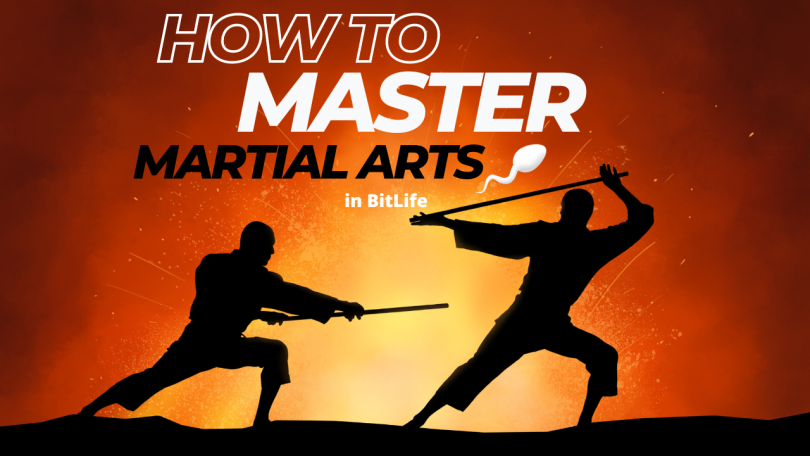 In the mind & body tab, there is an option to practice martial arts. The different types are jiu-jitsu, judo, karate, taekwondo, and Kung fu. Practising martial art improves happiness, health and athleticism. When you start taking lessons, you will earn different belts.

After mastering one, you will get the top belt and learn a new move. You can use this move when attacking someone in Bitlife. It is helpful to learn martial art moves because you can use them to fight your bullies. However, they are dangerous and may kill the person. You can also go to jail if you get caught. Regardless of the consequence, it is beneficial to master martial arts. This article will guide you in achieving the top belt.

When you start a new life, keep ageing till you are eight. If you have godmode, you can adjust your parent’s generosity. This stat will determine whether they will let you take lessons. Without godmode, don’t take voice or instrument lessons. If you are already taking a course, your parents will not allow you to take martial art if they have low generosity.

There is no age limit to taking these lessons. However, after age 18, you will pay a fee each time you attend a class. Thus, you must have enough money after this age.

To begin, select the one you want and ask your parents. If they agree, you will get the option to start a course. You will earn the white belt after taking your first class. This belt applies to all martial arts. If you don’t get a belt, age up a few years, then try again.

After earning your first belt, you can keep taking courses until you get the top one. Once you take your second lesson, you will learn a new move.

You will get another one after completing the last course. When you select a martial art, you will get a pop-up of your current belt. The various belts and moves for each martial arts are;