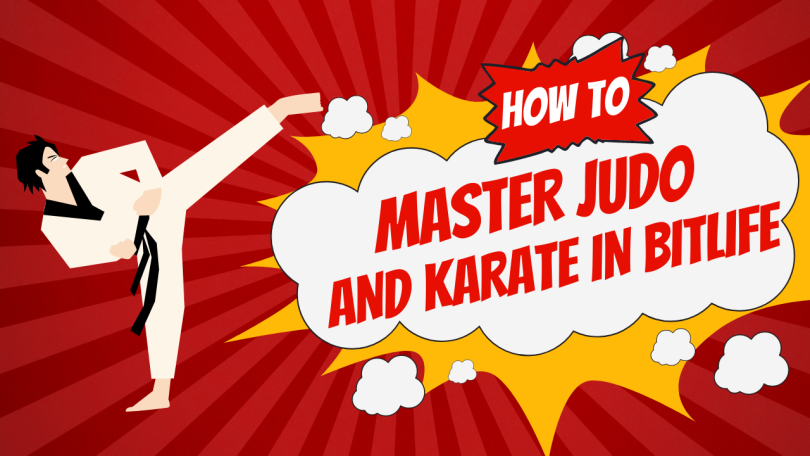 Bitlife – life simulator has many features that make the game exciting. You can adopt pets, go clubbing, get plastic surgery, hire a surrogate, visit the casino, or even practice martial arts. There are five different ones you can practice such as jiu-jitsu, taekwondo, judo, kung fu, and karate.

Judo and karate are martial arts that originated in Japan. The main difference between both is that Karate is a hard martial art while judo is a soft one. In Bitlife, the differences between both are not evident. The icons are similar, but they have different moves.

To practice martial art, open this menu in the mind and body tab, choose the one you want and ask your parents or pay for it. After taking a course, you will earn a belt. The colours differ according to the type of martial arts. In your second lesson, you will learn a new move. After several classes, you will earn the top belt and move. This walkthrough will guide you in mastering judo and karate in Bitlife.

When you reach the age of eight in the game, you can ask your parents to let you take judo lessons. If they agree, you will get an option to take a course. After your first lesson, you will earn a white belt. You may continue attending classes immediately or later. Ageing won’t reset your progress. Thus, you can continue whenever you prefer. However, after age eighteen, you have to pay to attend courses. It is not cheap. Therefore, it is advisable to finish learning while you are still with your parents.

The belts and moves for this martial art are; white, yellow with the fist strike, orange, green, brown, black, and red with the side kick. The top belt in judo is red.

You can ask your parents if you can take karate lessons from age 8. However, if you are studying another martial art, they may not allow you. Your parent’s generosity plays a role in whether they will agree or not. If you have god mode, you can adjust this stat. The belts and moves in karate are; white, yellow with the karate chop, orange, purple, blue, green, brown, black, and red with the karate kick.

One of the benefits of mastering martial art is unlocking the achievements in this category. After learning a move, you can use it to attack people in the game. If you encounter a bully or an opponent, you may get the option to attack them. After selecting it, you will get a pop-up to pick your move and target, such as skull, nose, stomach, neck, face, forehead, leg, shoulder, mouth, etc.

After delivering it, they may die from their injuries. The downside of this is that you may get convicted of manslaughter if you get caught. As a child, you will get sent to juvenile and transferred to prison when you are 18 years. However, as an adult, you can try to run from the police or bribe them. You can also hire a good lawyer to represent you in court.