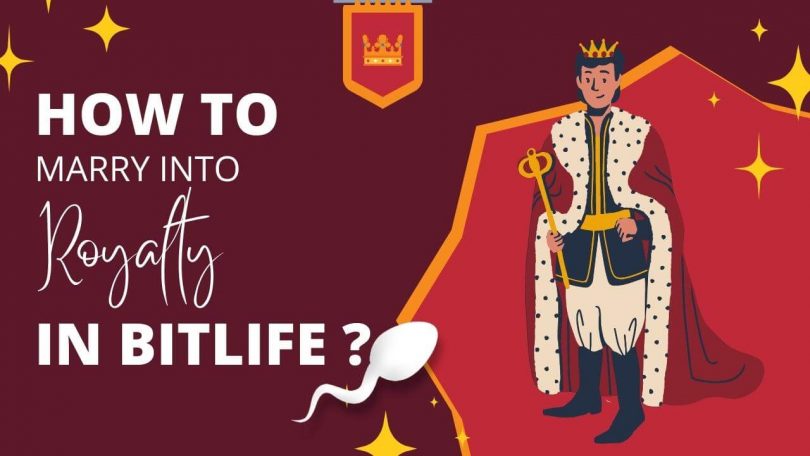 Bitlife – life simulator is a game that allows you to live the weirdest and craziest life. From marrying for money to having a hundred children in one life, the possibilities are endless. One of the many things you can become in Bitlife is royalty. You can live like an earl, count, princess, emira, or any royal status you would like to be. Just name it, and you can make it happen in Bitlife.

Another benefit of being a royal is not having to work harder at your job because you get paid for doing nothing. There are two ways of joining a royal family in Bitlife;

Be born into a royal family. You can either select your royal status when creating a new life with god mode or keep randomizing your character till the game selects a character with royal status.

Another step to finding royalty is to have almost perfect stats- good looks, smarts, health- bonus point if you’re famous. These attributes will improve your chances of meeting a royal.

There are two options where you can meet a royal.

Go to the gym- This option can be found in the mind and body menu.

Find a date- This option can be found in the love menu.

Once you are in the right country and have good stats, you may select any options above. The most successful method is by going to the gym. If you are lucky, you might meet a royal on your first few tries, or after going to the gym for three years. Either way, you will eventually meet a royal at the gym.

Once you start dating them, perform different activities with them until the relationship bar is at its highest. Age up a few years till you get proposed to, plan the wedding, and get married!

To get the Markle achievement you need to marry into the British royal family.

Being a royal comes with many privileges. In Bitlife, you have the option of being born into a royal family or marrying into one. To marry into a royal family, you need to live in a country with a monarch system, have good stats, and go to the gym as many times as possible till you meet a royal.