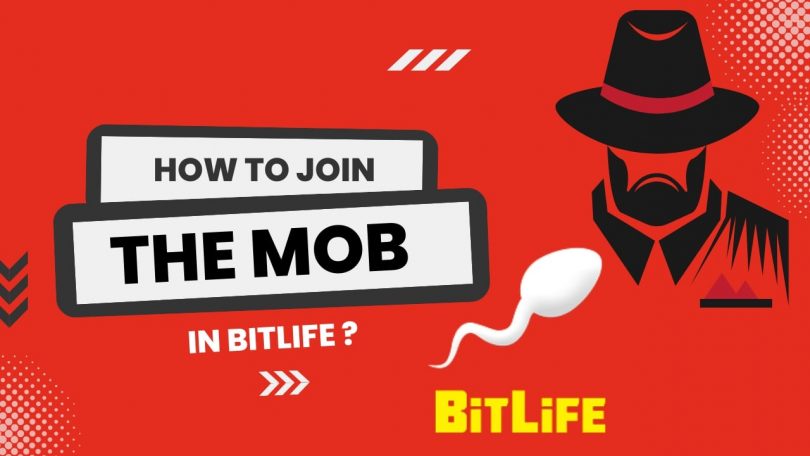 The mafia is an organization that carries out criminal activities. They make money by extorting people, dealing drugs, and other illegal activities. A godfather is a highest-ranking personnel in the mafia. There are different mafia groups in the world, each with its notoriety. The most notorious mafia boss of all time is Al Capone.

In Bitlife – life simulator, you can live an organized life of crime, from stealing porch mails to becoming a godfather. This article will guide you on all you need to know about the mafia in Bitlife and how to join one.

With the new update, you have to purchase the mafia job pack to join a syndicate.

You can select crime as a special talent when creating your character with god mode or keep randomizing the characters till the game selects one with a special talent in crime. When your character reaches the age of 13, you can start pickpocketing strangers and stealing packages. As you age, you will unlock more crime activities to perform. Going to prison or successfully executing murders will also increase your chances of joining a syndicate.

Bitlife has six crime syndicates to start your mafia career;

You can join any crime family in two ways;

At age 18, you can try to join a syndicate of your choice or wait till you get invited to join a crime syndicate.

Getting An Invitation To Join A Syndicate

If you have committed enough crimes in your life, a mafia member will approach you to join their family. You may accept or politely decline.

Trying To Join A Syndicate

Once you have joined a syndicate, you will have to work hard to become the mafia boss. You can increase your standing by contributing to the family each year. The more money you contribute, the better. To increase notoriety, you may threaten or murder people. This option is the easiest way to increase notoriety. When you are qualified for a promotion, you may have to commit a crime to get promoted. If you perform the task well, you will get a promotion. As an underboss, when the current mafia boss dies, you will replace them.

As a godfather, you don’t need to contribute to the family because you will get paid each year. However, both the notoriety and standing bars should be full. The disadvantages of joining an organized crime syndicate are:

There are also achievements to be unlocked, such as: