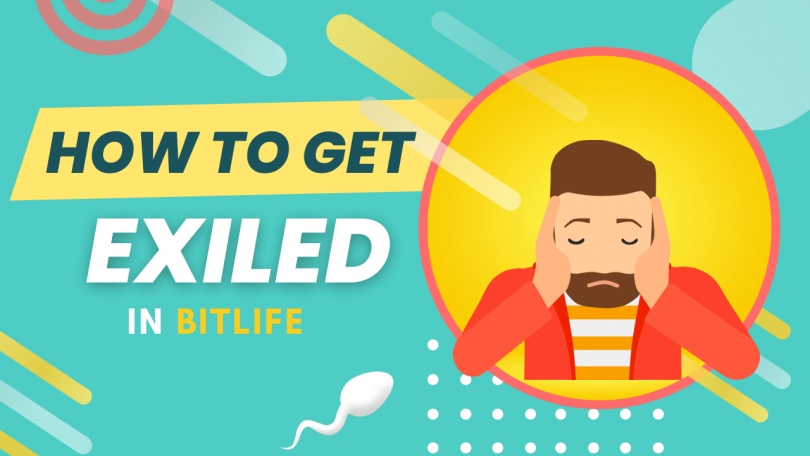 Bitlife is a text-based life simulation game that allows you to live a life with endless possibilities. You can decide to become a famous supermodel, a pop star, an exorcist, or even a royal. As a royal, you may live an exemplary life or live like a dictator. In this article, I will be guiding you on how to get exiled in Bitlife as a royal and get the Napoleon achievement.

Be Born Into A Royal Family

The first step to getting exiled is to become a royal. There are a lot of countries that have a monarch system with different royal titles. The most common way is to start your life as a British royal, specifically a prince or princess, because it aids in getting the achievement.

If you have god mode, becoming a royal is easy, all you have to do is select the country of your choice and the title you would like to be born with.

However, if you do not have god mode it might take a while to get the royal title of your choice as the game randomly selects the life you will be born into. Once you have started your life as a royal, you can view the respect stat at the bottom of the screen. Before you can get exiled, the respect stat has to be at 0%. To accomplish this, you need to anger the public by performing various actions such as; writing books, doing commercials, getting arrested by the police, public disservice, execution, etc. But the most effective way to anger the public is by public disservice and executing people. The option to execute is only available for specific royal titles such as queen and king.

The next step is to get the respect stat down to 0%. To achieve this, perform public disservices and execute people multiple times.

Keep this up every year till the people revolt against you.

There are three options to select. Whichever option you choose will decide your fate.

Getting exiled in bitlife requires to be born into royal life, specifically in countries that allow dethronement. Having 0% respect will lead the people to revolt against you and consequently exile you to a distant land.