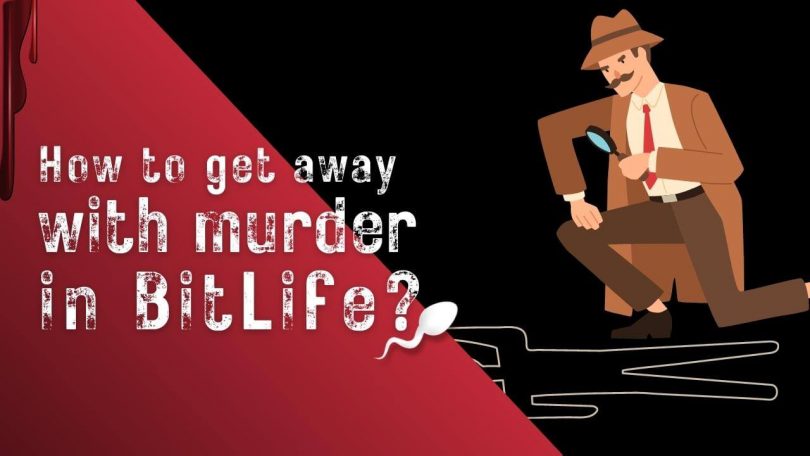 In Bitlife – life simulator, you can commit various crimes and get away with them. Stealing from people is the fastest way to get money. In the crime menu, you can rob a bank, burgle a home, steal a car, steal something from the mall, kill someone, etc. There are numerous reasons you might want to perform a murder. You may kill a random person, co-worker, classmate, professor, ex’s partner, friend, or even relative. Committing a murder may go in different ways;

If the police arrest you, you might be facing a long time in prison or a death sentence if you are found guilty. This guide will walk you through the various methods to get away with murder in Bitlife.

As a wealthy person: After getting caught by the police, you may flirt, cooperate with them, run for it, or try to bribe them. Some of these options might work if they have low professionalism. If you cooperate with them, you might get a lesser sentence. The charge for murder in some countries is the death penalty. You can hire a local firm to defend you in court. Always choose the firm with the highest fee. After you select your defender, the judge will ask you to make a plea. If you plead not guilty, you may win the case. Although this is an easy way of getting away, it is not always successful.

As a royal: You can get away with murder if you are a royal. After getting arrested by the police, you have the option to exert your royal power. If successful, the police will let you go.

In unfavorable situations, close the game immediately and reopen it. This process will reset the game to your last autosave (before the murder). You can repeat this method till you perform a successful murder.

Usually, when you successfully murder someone, the police might arrest you when you age up or after some years. You can either risk going to court and hiring the best firm or flee to another country.