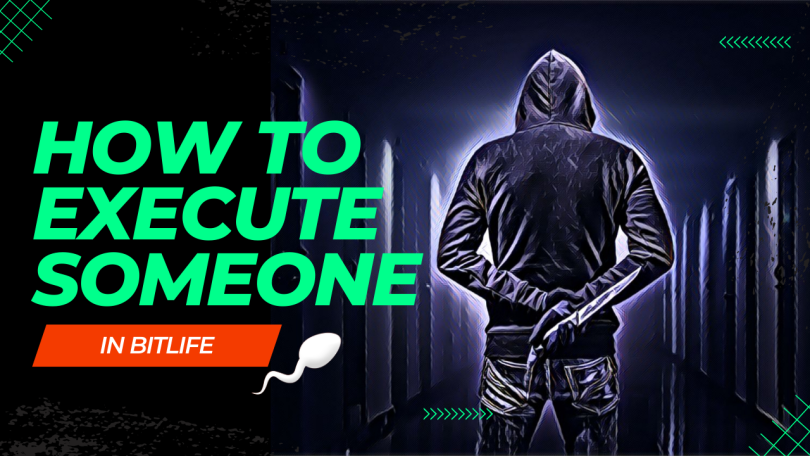 There are different ways to kill someone in Bitlife, such as whacking out, using the murder option, hiring a contract killer and execution. You can only execute someone when you become a royal. Not all titles have this option. Only the highest rank will have this option. Becoming a royal has numerous benefits, like hanging out with your favourite celebrities, getting special treatment in school, escaping justice, etc.

Executing someone in Bitlife involves using a gruesome method of killing them. This option decreases the respect stat because the public may become outraged for your action. This walkthrough will guide you on executing someone.

With godmode, you can select your royal status. After choosing a country with a monarch system, pick the title your character will have. In some countries, you only have one option, while in places like the united kingdom, there are different options. To have access to execute people, pick the highest rank.  Numerous states have the prince/princess as the top status, while some have count/countess.

If you don’t have god mode, you may find it hard to become a royal with the princess/prince title because the game randomly generates characters.  You might get this royal status after a few tries or when you are about to give up. It is advisable to start in a country with only the prince/princess title like Thailand, Jordan, Morocco, Japan, Qatar, United Arab Emirates, etc. Doing this will increase your chances of getting a royal as this is the only status you can occupy from birth.

Once you start a new life, age up to 18 years, the execution tab will become available from age 16. However, if you start life as a prince/count, you won’t have access to it. The execution tab is only available for the highest-ranking royal, such as king/queen, emir/emira, and empress/emperor.

To occupy any of these positions, you must succeed your parent. The easiest way is by killing them. You can murder them or hire a contract killer.

The murder option will become available from age 14. There are various methods you can use to kill your parents. If successful, you will get a pop-up indicating that you now occupy their title.

If you have bitizenship, you can hire a contract killer to kill your parent. This option is more successful than performing murders. You will unlock it when you are 18 years.

Note: if you have older siblings, murder them first as they are next in line for the crown.

How To Execute Someone

When you become a monarch, you can find the execution tab in the royalty menu. The activities in this category are, abdicate, celebrity, execute, honorific, law review, public disservice, and public service. To sentence someone, pick your victim and method.

After executing someone, you will get a pop-up indicating their pain, and your respect will decrease to 0%. If the public is outraged, you can apologise or denounce the criticism. If you continue to execute people, you may get exiled.