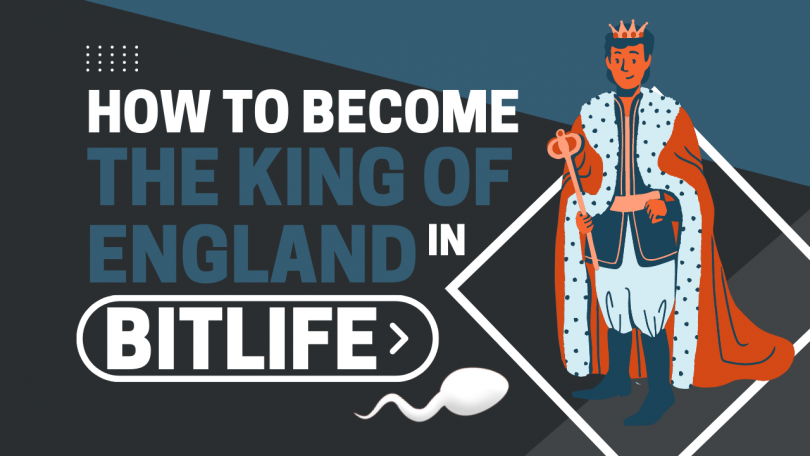 In Bitlife – life simulator, there are many paths you can choose to go on. With the royalty feature, you can experience life as a royal. You may live as a baron, duchess, emir, viscountess, or as the king of England. In the United Kingdom, the highest-ranking royal is the king and queen of England.

When starting a life in the United Kingdom, you can select the title of a commoner, baron or baroness, viscount or viscountess, earl or countess, marquess or marchioness, duke or duchess, and prince or princess. You cannot start life as a king or queen. To become the king of England, you must first become a Prince.

Note – only a prince can become the king of England. Other royals can’t achieve this status even with 100% respect.

When you start a new life as a prince, you can view the relationship tab to find out which of your parents will pass the crown to you.

Most times, you will succeed the parent with more money.

After graduating high school, you may apply to university or settle into royalty. There is no point in attending university as a royal because you cannot get a job in this status. As a prince, there are two ways to become the king of England;

Waiting for nature to take its course – you can wait for your parents to die and inherit the crown. It may take years to achieve, and you might become the king at 70+ years.

Murdering your parents – this is the fastest method of becoming the king of England. This method involves sending your parents to an early grave. In the crime menu, there are different methods you can use to carry out murders. The most convenient option is the drive-by method. You need a car to perform a drive-by. You may purchase one from the asset menu or steal one. The drive-by is not 100% foolproof, but it has a high success rate. After performing the murder, if you get caught by the police, close the game and reopen it, then try to commit the murder again.

Once you have successfully murdered your parent – the heir, you will succeed them and become the king of England. If you have elder siblings, you have to murder them first to ensure you are the next in line.

As the king of England, you can execute people as you wish, support or ban laws, and perform any activity in the royalty menu. To become the king, you must be born in the United Kingdom as a prince, then succeed your parent to become the king.