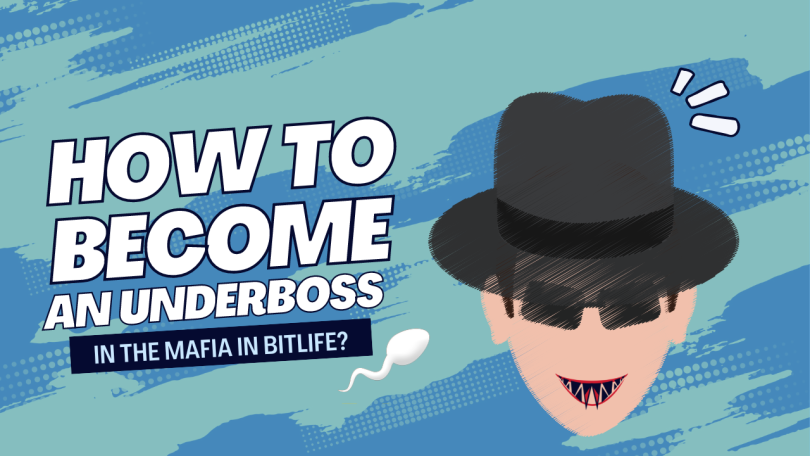 In Bitlife, you can join the mafia when you reach 18 years. To become a member, you must perform different criminal activities.

There are five ranks you can occupy in the mafia, associate, soldier, captain or caporegime, underboss, and godfather/godmother. The lowest status is an associate, and the highest is the godfather. To become the crime boss, you must occupy the position of underboss. This guide will walk you through getting promoted to an underboss.

How To Join The Mafia

Before starting a new life, choose crime as your special talent. If you have godmode, give your character a high percentage of karma.

When you are 18 years, you can rob a bank, burgle a home, embezzle funds from work, steal a car, arrange a contract killing, engage in some mischief, kill someone, pickpocket a stranger, steal a neighbour’s mail, steal something from the mall, and rob a train. Grand Theft Auto, bank robbery and burglary are lucrative. After committing several crimes, you may get invited to join a crime syndicate. You can also become a member by performing services for a crime family. The six crime syndicates in the mafia menu are the Irish mob, Russian mafia, Latin mafia, mafia, triad and yakuza. The notoriety of each one is different. The mafia usually has the highest, while the triad has the least. Once you get accepted into the mafia, you can view the details of your crime syndicate in the job menu.

In the job section, the notoriety, standing and relationship stat will be low. To become an underboss, you must have high standing and notoriety stats to get promoted.

How To Increase Notoriety And Standing

You can perform different activities in the mafia, such as generating income for the family, becoming a confidential informant, asking for a promotion, etc. The crime menu in the mafia is nearly similar to the one in the activities tab.

You can increase this stat by;

Generating income for the family will improve your standing. You can shoplift, pickpocket, rob a train, steal a car, burgle, extort, and steal from the mall. The best activity on the menu is grand theft auto. You can steal five vehicles each year.

If successful, you will get the option to contribute the full amount or keep it. When you submit it to the family, you will get a percentage.

Keep the standing and notoriety stats at the maximum level to get promoted. As an associate, the next rank you will occupy is a soldier. The job path in this career is;

After becoming a captain, you will get promoted to an underboss. In this position, you will report directly to the crime boss and get a higher percentage when you contribute to the family.