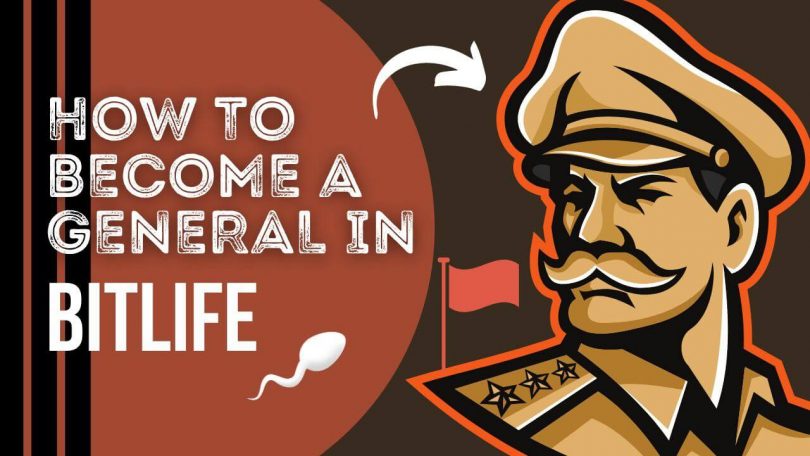 There are different job paths you can go on in Bitlife. You can get a full-time job, part-time job, or even join the military. The military in Bitlife includes the army, air force, navy, marines, and coast guard. You can enlist or apply as an officer for any of these branches. After high school, you can join the military. In Bitlife, the highest rank you can occupy in the military is a general or an admiral. To become a general, you must apply as an officer and work hard to get promoted to this position. This walkthrough will guide you on becoming a general in Bitlife.

After graduating high school, apply to the university. You can choose any major as you don’t need a specific degree to get accepted as an officer. Stay away from the police and have good stats because this might influence whether you will get accepted into the military. After completing four years in University, you may take some time off, get a job or join the army as an officer.

Once you join the army, you can view your performance and improve it by working hard. Unlike full-time jobs, you cannot adjust your work hours in the military. You can interact with your co-workers, desert your post, request a discharge, file a grievance against someone, consider retirement, and put in some extra effort.

Different work scenarios may affect your job performance. When you encounter these pop-ups, choosing the wrong option will reduce your performance. Therefore, always pick reasonable choices. Your commanding officer may order you to deploy to a country to clear a minefield. When you accept, you have to play the mine sweeper mini-game. If you detonate a bomb, you may die or survive the detonation. You can go on the Mediterranean diet to improve your chance of surviving an explosion. You can also avoid deployment by closing the game when you get this pop-up. After becoming a colonel, the next position you will occupy is a brigadier general. When you become a brigadier general, you will unlock the general achievement.  The job path in this career includes;

You can only serve for 40 years in the military, after which you will get forced to retire. When this happens, you will become a retired veteran.

You can become a general in the army, air force, or marines. To attain this rank, you must have a college degree and apply as an officer. Work hard to increase your job performance and go on deployment missions. After becoming a brigadier general, you will unlock the general achievement.  After serving 20 years in the army, you will collect the army career.