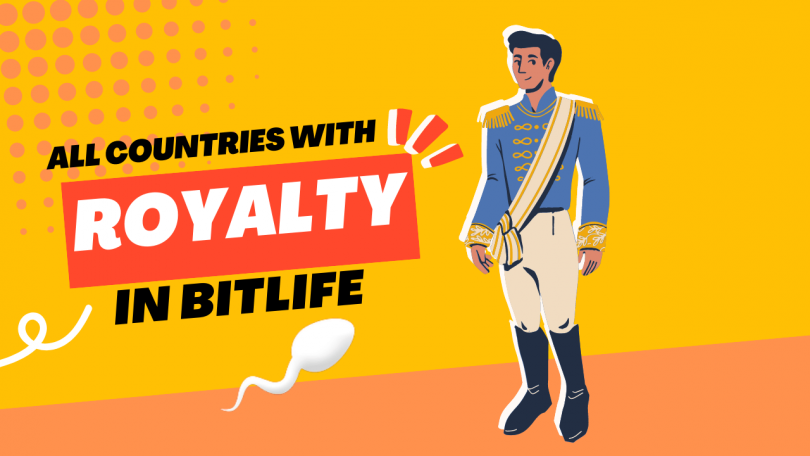 The royalty update in Bitlife is one of the most significant additions to the game. There are various royal titles in different countries. The highest position you can occupy as a royal differs from country to country. In countries like the United Kingdom and Jordan, the highest title is the king and queen. Countries like Qatar and the United Arab Emirates have emir and emira as the top rank. In Japan, they have an emperor and empress.

As a royal, you have access to different activities in the royalty menu. You can increase or decrease your respect by performing public service and disservice, respectively. You can also inherit the crown from your parents when they die. Some activities in the royalty tab can only be unlocked when you occupy specific titles like the execution and law review tabs. However, some countries do not support execution, which means even if you occupy the highest position, you won’t have access to this option. There are two ways of becoming royalty in Bitlife;

Being Born Into Royalty

You have to start a life in a country with a monarch system. With God Mode, you can select your royal status when creating your character. Without God Mode, you will have to keep creating new lives until the game picks a character with royal status.

Marrying Into A Royal Family

To marry into a royal family, you must live in a country with a monarch system. On rare occasions when you age, you will get a pop-up of a royal asking you out. You can accept or decline, but this happens rarely. To marry royalty, you should have good looks, health, smarts, and happiness. You can meet someone from the royal family by going to the gym and finding love. You have to spam these activities as many times as possible to find someone with a royal title. You might meet someone with a low rank, such as a duke, countess, baron, etc.

To join the royal family or be born into one, you need to know the countries with a monarch system in Bitlife.

You need to be born in or live in these countries to have a chance at being a royal. There are also achievements to be unlocked as royalty;

Napoleon – Get exiled to a distant land.

As a monarch, you have to abide by different rules, like avoiding the fame tab. Performing any activity in the fame tab will anger the public and reduce your respect. Unless you want to get the Napoleon achievement, you have to steer clear of this tab. If you have a child with someone you are not married to, the public will get angry. However, there are benefits of being a monarch, such as hanging out with celebrities, getting special treatment at school, and getting paid without working.