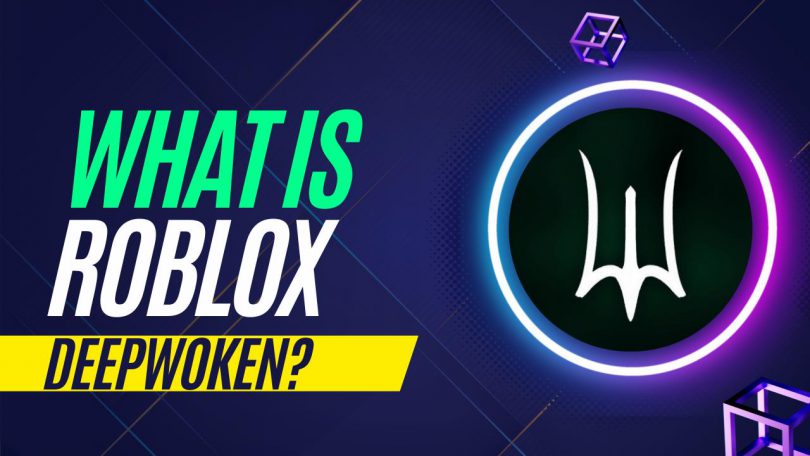 A Roblox action RPG game called Deepwoken is based on anime. Many anime series, including One Piece, served as inspiration for it. It is not, however, entirely based on a specific anime. In this fantasy game, players are free to explore and learn new things in the open world freely.

The game has a ton of lore, much of which can be found by carefully exploring the game map. This in itself can be a little difficult because the game’s map is quite detailed.

Deepwoken, which is a permadeath-based action RPG that is compared to the notoriously challenging Dark Souls, makes use of the infamous humanity system as well as other elements.

However, players will acquire new armor, enchantments, weapons, and so forth through the game. These will assist players in creating a more robust character and surviving the game longer.

The video game Deepwoken was created by Monad Studios. The game will be a fantasy permadeath game that emphasizes in-depth exploration, mystery, and lore.

The following is the Deepwoken official developer description, as taken from the experience’s launch page:

The characters in the challenging game Deepwoken can never be saved. Character loss is a game mechanic that players should be prepared for. Investigate the mysteries of a dying world while searching for your destiny on an unforgiving sea. Find and develop strong skills, special strengths, and a character that is a force to be reckoned with.

Plot of the game:

There’s a plot that players can follow at any time in Deepwoken, though how it is played depends on the user. NPCs can be found on all over the map of Deepwoken and will provide you with various items, quests to help your character level up & hints as to where enemies are located. There is a specific order or time period in which these quests must be finished, but completing them will lead the player through the experience’s main plot.

To enable each player to craft their own tale, Deepwoken combines a linear plot with an open-world exploration style. Aspects of Deepwoken can be played through more than once, so different playthroughs are not required.

As already mentioned, Deepwoken uses a permadeath mechanic, which gives players two lives before giving them one redemption life in The Depths. Players who have died twice in the regular Deepwoken world are granted a third life in The Depths as a last resort; this gameplay mechanic is comparable to Dark Souls, where players are transformed into their Hollow Form after dying and given the option to use a humanity item to return. In Deepwoken, players must escape The Depths without dying to the monsters that lurk there in order to reach the surface.

All previous Deepwoken save data is deleted from a player’s account if they die in The Depths, resulting in a complete account wipe.

As the game has a Permadeath stipulation, it means that if a player dies while playing, they must restart from the beginning. The challenge this poses to players is considerable. Additionally, it implies that selecting the appropriate race during the game could make a difference between winning and losing.

In this list of Deepwoken Races, we will examine each Race’s advantages and disadvantages. A better reputation among many races can influence how they interact with one another in the game. The best race for each player depends on their preferred gameplay style, even though they can choose any race and still win.

In this Deepwoken tier list, this is one of the three Races that are frequently drawn. There is a 17.4% chance that a player will draw it. It has 2 Charisma and 2 Willpower as starting stats. This race has a better reputation than others based on these stats. Additionally, this race learns things more quickly.

The likelihood of this race being drawn is 17.4% with 2 Agility and 2 Intelligence. Additionally, it adds +1 Health.

With a chance of being drawn of 15.2 percent, Canor is a little more uncommon. It effectively lowers the team’s damage while also providing 2 Strengths and 2 Charisma.

This race is desirable in this Deepwoken Races tier list due to its 13 percent chance of being rolled and its 2 Strength and 2 Fortitude stats. Players from this race also gain the ability to lose hunger more slowly than other races, as well as a compass on top of their screens.

This race is 8.7% rare and is all about increased stealth. Players can more easily climb wood surfaces thanks to its 2 Agility and 2 Charisma.

Similarly, there is an 8.7% chance that this race will also be drawn. This race can equip things with 2 Strength and 2 Agility, which is 3 points less than necessary.

It offers 2 Fortitude and 2 Willpower and only has a 7% chance of being drawn. The gamers also receive more armor as a result.

This race, which has a 2.2 percent rarity, improves sanity, rest, and food gain. It has two willpower and two intelligence.

It is a 2.2 percent chance rare race that grants 2 Intelligence and 2 Willpower. The sane rise up against this race.

Although this race is currently unobtainable in the game, it has two Agility and two Intelligence and gives +5 to all stats. Additionally, it is less vulnerable to acid rain damage.

Remember that Deepwoken is a paid Roblox game. The fact that you will have to pay 400 Robux (about $5) to play it may also be a factor in the absence of any working freebie codes. This is the information you need to know about Roblox Deepwoken.