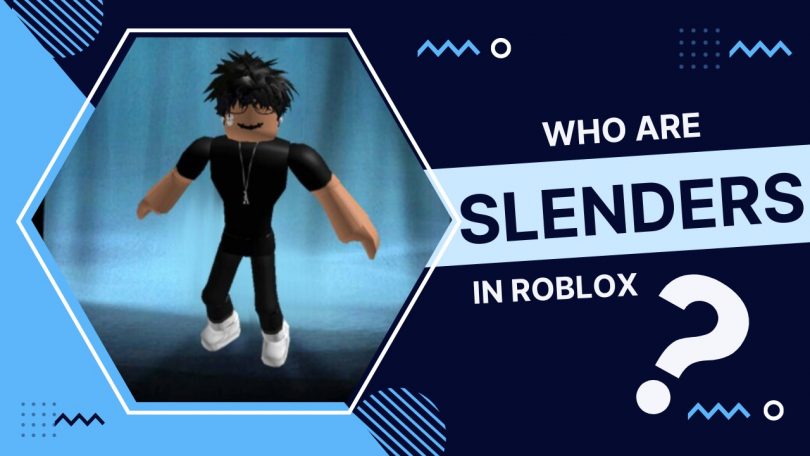 Roblox has been home to a lot of things other than games, and some of them are very weird fads. Just like in other games and real-life too, fashion plays an important role in Roblox. Along with fashion comes trends, the Roblox community has witnessed so many trends come and go.

Roblox and Roleplay go hand in hand, this is where the real monkey business starts. Before we get to Slenders, knowing about ODers is a must. ODers short for Online Daters are people looking to date others online, they seek relationships online. Now place ODers, Roleplay, and Avatar customizations together, you have a very deadly combo.

Slenders are a notorious group of players who have been in the limelight for all the wrong reasons for the past couple of years. There are even dedicated hate groups for Slenders or Anti-Slender Organizations in Roblox. Their antics caused them to be known as one of the most toxic groups of players in Roblox.

So who or what are Slenders? They are as some say-  A Species of Roblox players mostly male, other than an occasional female. They are prominently found dressed in Gothic style aka dark clothes, and they use a Stitch-Face cosmetic. A vast majority have their Abs on full display, they walk around games trying to pick up other players and flirt with them.

To put it simply, they are ODers modeled after the infamous Creepypasta- The Slender Man. It all began on the 22nd of October of the year 2018, that was when Rthro scaling was added into Roblox. Rthro scaling allowed the players to change their character’s height, width, body type, and other parameters. This enabled the players to create very tall and skinny characters that came to be known infamously as The Slenders.

The first thing that comes to the minds of the Roblox community when Slenders are mentioned is a group of copy-pasted characters in black clothing, glasses, and Stitch-face. The most common shirt they use is the Abs shirt which showcases their Abs. This is the ODers favorite costume. Slenders have also been spotted sporting skeleton legs. The Slenders are often described as edgy and emo ODers trying their best to look cool.

The Avatars are one thing, but what earned them a toxic reputation is their behavior and attitude, they are considered more annoying than toxic. Here are some of the common phrases used by Slenders- “Wanna be my girlfriend?” “Wanna be my boyfriend?” “Wanna Date?” “You are Cute,” and so on, this should clarify a lot of things.

Some Slenders are also known to invite other Roblox players to VC so that they can show off their deep voice. One more crucial thing to be noted is that the Stitchface which the Slenders tend to use costs 4000 Robux, which is one expensive item to be cosplaying in. Slenders have also taken to TikTok to post.. yeah you guessed it, Slender videos.

The most important thing for the reader to put into their mind is that not all players in the Slender costume are the same. So don’t think they are what other Slenders are thought to be before even talking to them.