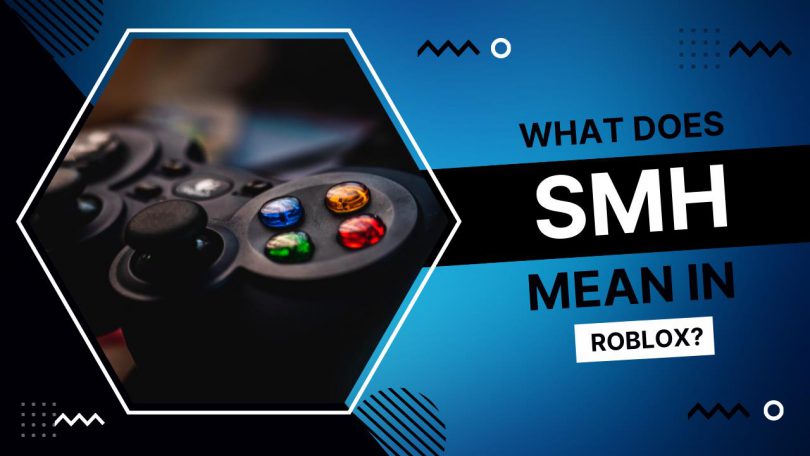 Roblox is a gaming world with a multiplayer setup. There is a range of games, starting from simulators to tycoons. The gamers compete with each other and gain credits, and this helps them to move forward in the game. There’re gamers from all around the world involved in playing. Most of the games provide an option of chatting with other gamers while enjoying the gaming experience. When the gamers play the game, they need to talk with other gamers for proper coordination and planning strategy.

There are numerous codes, abbreviations, acronyms, and slang that are used for communication among the players. These short forms are used as it is quick and easy, and the players won’t have to write a complete sentence. Hence the gamers must know the meaning of the terms for smooth conversation and exchange of information. There are several abbreviations like NFG, SMH, AFK, ALR, etc. This article will give detailed information about the SMH acronym, its meaning, and how it can be used.

The full form of SMH is “shaking my head” it is a commonly used slang or an abbreviation by the Robloxians. The term can be used to display dissatisfaction and denial of a particular thing in the game.

When the gamers face anything they disapprove of or don’t agree with, they put this term in the chat box where it is communicated to the other gamers. When the gamers want to show their anger at some action performed in the game, they type this abbreviation to show their feelings towards the particular situation.

If the game is going on and the other player does something silly or irrelevant, the gamers can react to the situation. Many players make dumb mistakes while playing.SMH shows the impatience and annoyance of the players.

How to Use SMH

When you are in the game, completely involved, and your friend or the co-player makes a silly move or does something stupid, then the response to their action is SMH. In these kinds of situations, the players just laugh out loud and move on with the situation just by giving SMH.

When an un-relevant situation occurs where the gamers feel to show their disbelief or disagreement, they can just type SMH in the chat box. Generally, the chat box in most games is present in the left top corner of the screen. The gamers can just go to the typing section and enter SMH. But make sure to use the acronym at the right point in the conversation, or it may offend some players.

P1: Give me cover, need to feed my pet

P1: I didn’t collect the rebirth