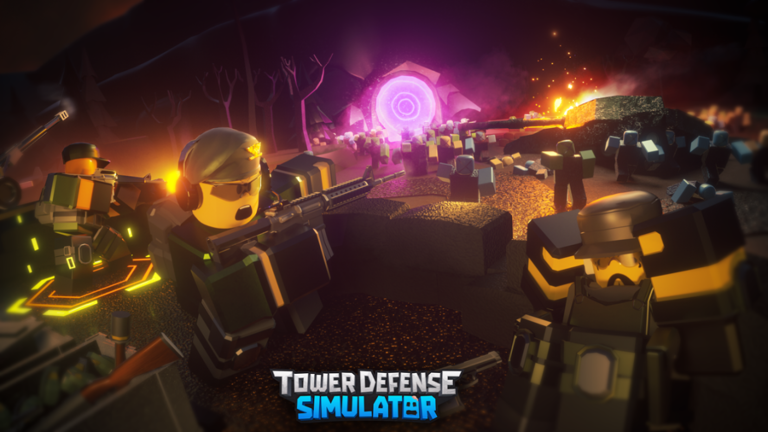 The players with exciting records use some of the most used codes:-

Roblox tower defense simulator is a protocol game. In this game, the player has to defend against the attacks and move forward in the game. Here the gamer has to fight the attacks of zombies, goblins, witches, and vampires. Various defending machines are put up in the gaming field to protect the player from the attack waves. Those defending machines are to be brought by the player with the help of money. These machines block, impede, attack, and destroy the enemies.

There are four difficulty levels when you enter the game: easy, normal, hard, and insane. An elevator will take you to the map in 30 countdowns when you start the game.

There are three game modes: normal, molten, and fallen, and these modes are set according to the attack waves and time limit. Each game mode has its own set of rewards. You can place towers that will act as a defense on the map, and the tower has its range. There is a limit on the number of towers you can place.

With each defense and attack on the creatures, you get points or score that helps in moving to a higher level in the game.

At the beginning of the game, you can find towers on the right side of the screen; that is where you can purchase different types of towers for better defense. You can enter codes to get various benefits and freebies in the game. These codes will help you redeem rewards like crates, skins, towers, etc., in the game.

This game never keeps its players waiting. If you are stuck and want to upgrade your towers and character, but don’t have enough cash, here comes the utility of codes. These codes can provide you with premium skin crates, hardcore gems, coins, XP, and more free of cost.

There are thousands of Roblox Tower Defense Simulator codes online that will help you gain rewards, but are you confused about how to apply those? Do you want to get all the benefits of free codes but don’t know how to do it?

These steps will guide you to redeem the free codes and gain rewards in the game :

If the code is correct, then you will receive a message saying reward received. If the code is invalid or expired, it’ll be displayed on the screen.

More codes are updated regularly on the Twitter handle, @paradoxum_games. Here you can find a series of active new codes and gain numerous rewards.