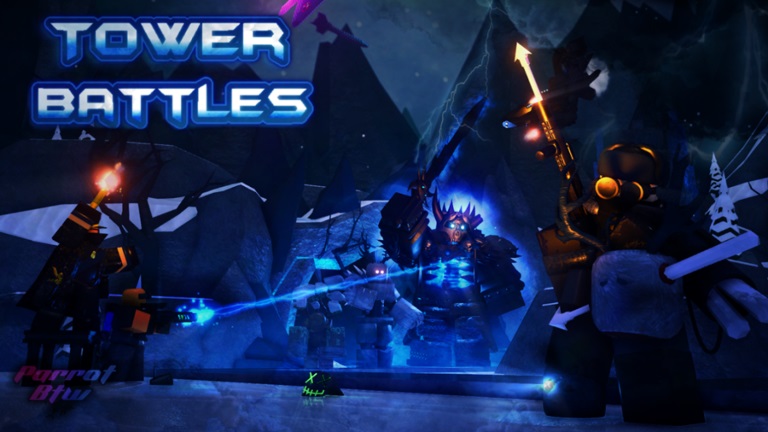 Here are some of the most used codes by which different gamers get all the rewards by redeeming codes in this game, Roblox Tower Battles.

Roblox Tower Battles is a tower strategic game. It is a multiplayer game where the players are divided into two groups. The players can choose to be offensive or defensive and win the game accordingly.

The gamer has to fight the terrifying, dangerous zombie attacks with the cooperation of the game mate soldiers or hordes. The gamers have to fight the attacks by placing towers and then sending attack waves to the opponent team to fight.

When one begins with the game, you first have to vote for the map; with the Roblox algorithm, the map gets chosen. It is always advised to choose a long map so that if by any chance you have a weak tower, you can play with the strategy and win the game.

When you are on the map, you have to choose your strategy and place the tower in such a way that maximum coverage of defense occurs. On the map, you can see blue arrows that indicate the movement pr the path of zombie attacks. Following the blue arrow, you can place your sword, which will help defend against the attacks.

You have to keep placing the scouts and upgrade them throughout the game. By pressing on the left bottom corner, you can select offense and send the zombies to attack the opponent. If you lose, you will get 50 credits, and if you win, you will gain 100 credits.

There is a restriction on placing troops; you can place no more than 15 troops in one game. You can not place any troops in the red area. So, the gamers just have to use their strategic ideas and win this game.

In this strategic tower game, Roblox Tower Battles, players’ success is determined by seeing their credits. The codes the developers gave will add up to your credits for free. These codes and freebies can help you get excited about this game.

Are you unable to redeem your codes? Is the process of applying the code unknown to you?

Here are the steps which you can follow to get all the free rewards in the game Roblox Tower Battles by applying the codes: