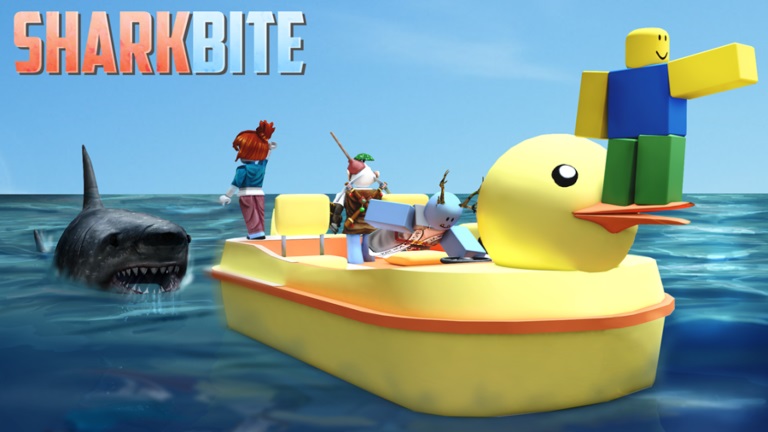 Listed below are the currently active codes in SharkBite:-

These codes for SharkBite no longer work.

Sharkbite is a PvP survival game. Once the player logs into the game, they are put in one of the two teams, i.e., the Sharks or Humans. Getting selected as a Shark has a very low chance; the longer the player plays on the server, the higher their chance to spawn as a shark in the next round.

A team wins when none of the survivors are left on the other team. If the player plays as a Human, they get to select a boat and a weapon. Their only goal is to survive and kill the sharks before they get devoured by them. If the player spawns as a Shark, then they would have to prey on the Human players and chomp them down.

There’s a shop where the player can buy the biggest and baddest boat out there, arm themselves to the teeth with deadly weapons, or buy a better shark form for when they spawn as a shark, and of course, all of these have to be paid with Shark Teeth.

Players can choose to buy from a Paddleboat to a hulking Destroyer or a lifeboat to The iconic Titanic itself; there are still lots of options left for the player other than these watercraft, Fourty of them to be precise. As for the weapons, there are thirteen choices available to the player; some of them are Harpoon, AK-47, Shotgun, and finally, the not-so-subtle Minigun. There are seven shark types available for the player to swim around, ranging from The Great White to the Megalodon.

Shark Teeth are the bread and butter of this game, and these codes give you just that. When the player is just starting, these Shark teeth can help them get better weapons or a boat. Either of them can significantly impact the gameplay, eventually allowing the player to make more Shark Teeth out of their investments.

How To Redeem Roblox SharkBite Codes?

As long as the player follows the steps below, redeeming the codes would be a piece of cake.