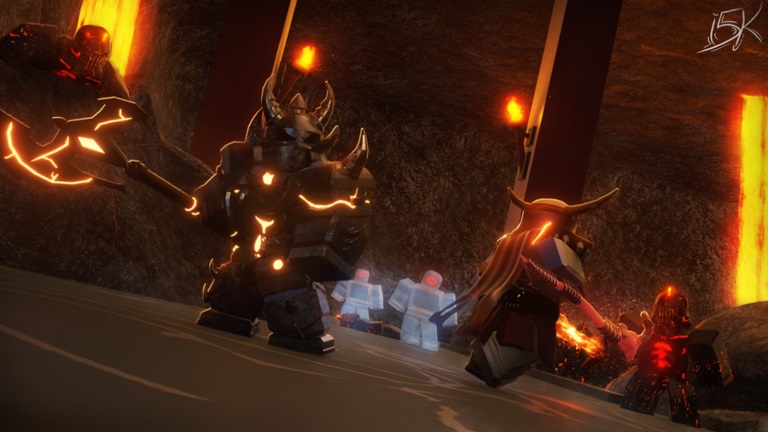 The working codes for the Roblox Rumble quest are listed below: –

Rumble Quest is a Roblox RPG game developed by Rumble Studios. A clean and modern user interface greets players when they log into the game for the first time. They start with one ability and two weapons.

The ability the player starts with is a Fireball.

They also get two weapons that they can equip. A sword for those who love slashing their enemies away, and a wizard wand for those that like to smite their opponents down with lightning. Apart from this, the player has three skills that they can invest their skill points in. They are Strength, magic, and Health. Strength increases damage done by melee weapons and melee abilities. Magic increases damage done by magic weapons and mage abilities. And Health increases max health and the effect of healing abilities. Skill points are obtained by leveling up.

The player has Equipment, cosmetics, and appearance tabs in the inventory. The appearance tab can change the skin, face, and hair of the player’s in-game avatar. Some default options are available for free.

In the lobby, there’s an area to get daily rewards. Joining the Rumble Studios group and checking back into a particular area in the game gives the player a free cosmetic. The player can team up with others with the help of the party feature. While at a party they can adventure together. Gems and Gold are the two in-game currencies. Gaining certain achievements rewards the player with gems. There is a wide range of dungeons available for the player to conquer.

The player can obtain coins and gems using the Rumble Quest codes. Proper investments can aid the player in their progression through the game. With the help of the codes, the player can get 1000 gems, including the ones they start with. These gems can be used to get a nice cosmetic set from the store easily.

How To Redeem Rumble Quest Codes?

The code redemption process in Rumble Quest is simple and straightforward; the player only has to follow the instructions given.

Steps to redeem the codes in the Rumble quest are listed below: –

For the newest game updates and codes, follow the Twitter handle of the game developers- @RumbleStudiosRB @IsaacRBLX and @sircfennerRBX