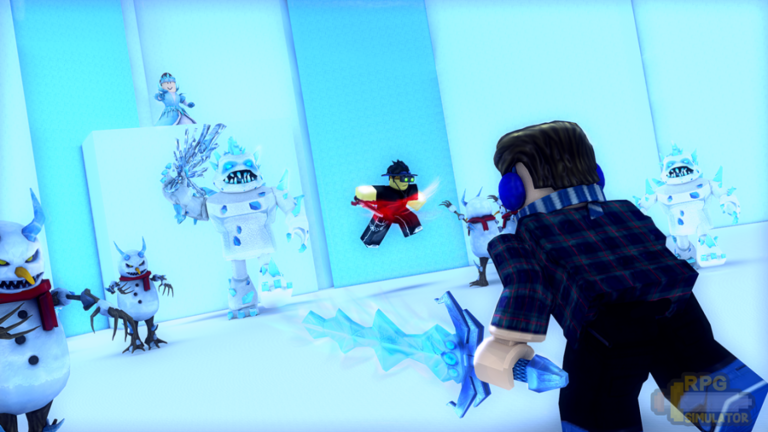 Following are some of the codes that are mostly used by a number of players in Roblox RPG Simulator:

RPG Simulator is one of the most popular Roblox games, where players will have to fight monsters and bosses with partners and collect powerful swords and accessories.

For all the players who still want to live in a world of fiction and dreams from the Medieval era, then this game is the best place to manifest them because you’ll find it in RPG Simulator.

Just Like other Simulator games on Roblox, the player’s utmost goal is to level up their personality by winning against monsters and collecting the rewards they drop. These rewards will help you to become more powerful and kill even more challenging enemies.

When the game begins, a tutorial will appear to guide the new player through the basics. Later on, The Players can permit harder models called “Raids” with various bosses that drop powerful, rare loot. Raids are unlocked at level 25 and can be played solo or in a group/party.

Each raid boss has its own identified move-set, which is further detailed in the “Boss Raids” or “Special Boss Raids” article page.

The Roblox RPG simulator codes are very beneficial for the players as they will help them unlock several types of rewards. Players can also earn some tokens and coins, which can be used as currencies to purchase powerful weapons for your armory, and some chests.

There is a process that players need to follow to redeem and claim their working and activated Roblox Rpg Simulator codes and earn their benefits which is very easy and convenient.

To redeem the codes you need to through these simple steps given below:-

If you want to stay updated regarding the active codes and other useful information, make sure to follow the Twitter handle of The main Developer & Creator of the game, @ZephsyJ. Also, you can join their community Discord server to chat with other players and see if they’re aware of any more recent codes.