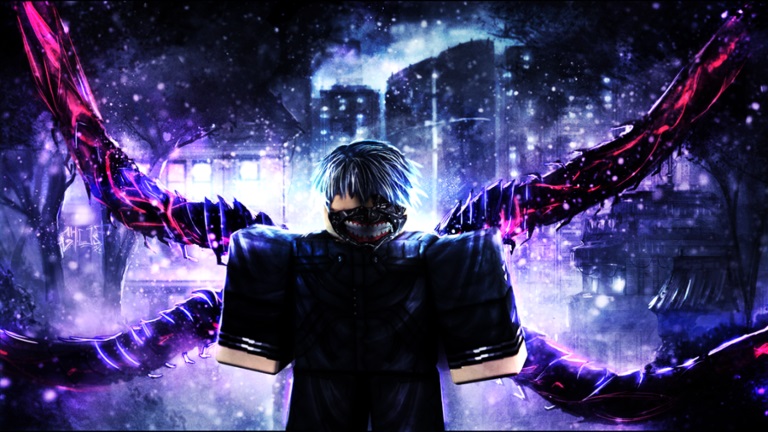 Roblox project Ghoul is an inspired anime/manga-based game from the mega-hit Tokyo ghoul anime. The anime has gained a huge fan following, and the game is gaining loads of leads in terms of numbers and fans alike! The game revolves around the players needing to take down and eat the NPCs.

The players will also need to eat other players to become powerful ghouls. These quests make you shred people as you eat them. You tear down your enemies; you can also always pump your character with added features and resources. You’ve two paths to choose from, the path where you choose to play the ghoul and eat humans or become a criminal investigator, take on the undead and finish them off by killing.

Using the ability of Touka, players can take on the ability to strike close to mid-range fighting ability. One can also shoot crystallized bullets, which have the power to attack enemies from great distances. It also helps to fight in a closer range, along with its other movies. The main prototype of this style is a hit-and-run kind of attack, as all of its attacks are for running and hitting. It is also a rare rarity.

Eto is another special force to know; it is a boss kind of NPC. When you defeat her, you get loads of money in return: experience and other materials for the use of making a mask. You could hit her effectively from a distance using the kagunes, which is a long-range weapon. It’s very effective when any player is on a public server and at a low level. So make use of these tricks and tips to proceed and play in a very smooth gaming experience.

From all the plenty of codes that can help, you can always count on Kakuja using it to get you 40k RC. It’s an instant power boost.

Following are some of the codes mostly used by players in Roblox project ghoul:-

To get through these codes, all one has to do is to follow through with these simple procedures and avoid manually typing the codes out.

If you want to be in touch and know all about the latest version, updates, codes, and information about the game. You can always follow the official Twitter handle @Community_pg.