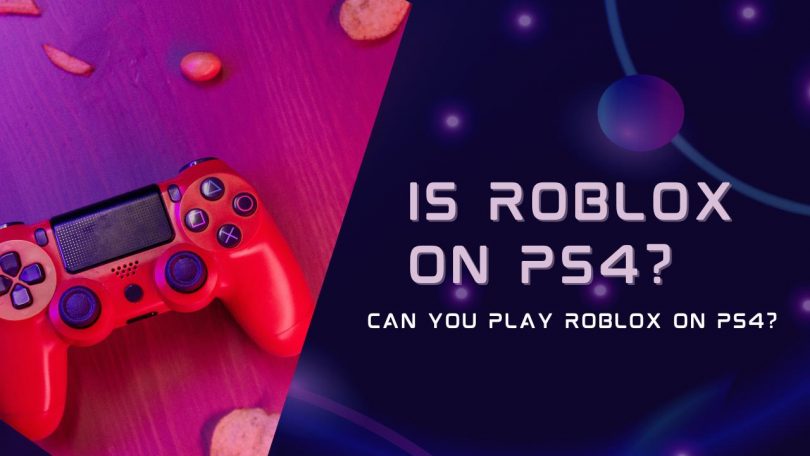 Wondering if one can play Roblox on PS4? In this guide, we’ll answer that and many more questions.

Roblox, a virtual adventure game from Roblox Corporation, allows players to program their own game and customize it however they want. As a member of the global community, you can also try out modified titles created by others.

The game was originally released in 2006 and has been nominated for several prestigious awards. Roblox has also hosted popular events, including Bloxcon, which brings players together from different countries.

Roblox can be played on different devices, be it mobile phones or consoles, as a cross-platform game.

Can You Play Roblox On Ps4?

The answer is regrettably no. With 199 million active users per month across all platforms, Roblox is one of the most well-known online gaming sites. Still, since its official introduction in 2006, PlayStation users have been excluded. So the issue is, will Roblox ever be available on the PS4?

The following justifies why Roblox isn’t accessible on the PS4:

Will Roblox be Released For PS4?

There is no official word on when Roblox will be available on PS4. But the fact that the firm is recruiting a PlayStation software engineer suggests that the game is actually being created for Sony’s gaming platforms.

Before that, there had been persistent rumors that Roblox was coming to the PS4, along with a significant overhaul. But given the size of the PlayStation audience, whether or not this is accurate remains to be seen; it wouldn’t be unexpected to see Roblox take advantage of it in the future.

Can you play Roblox on Xbox One or Xbox Series X|S?

Roblox is playable on Xbox One and Xbox Series X|S, as far as consoles are concerned. It is available through the Microsoft Store.

What are The Other Platforms you can play Roblox On?

Only the PC, Mac, Xbox One, Xbox Series X|S, and mobile operating systems iOS and Android are presently supported for playing Roblox. You may play Roblox VR games on Windows with your Oculus Rift headset.

How to Play Roblox on PS4?

Even though PS4 has a stunning selection of games, there are moments when all you wanted to do was play Roblox on your PlayStation system.

Roblox is always available on PC, mobile devices, and Xbox One. But if you have a PS4, you may play Roblox by following these instructions.

How Can a Roblox account Be Made On a Ps4?

You will receive the following warning letter if you attempt to open one: Your platform as it is now is not supported. As a result, you cannot now play Roblox on a PS4.