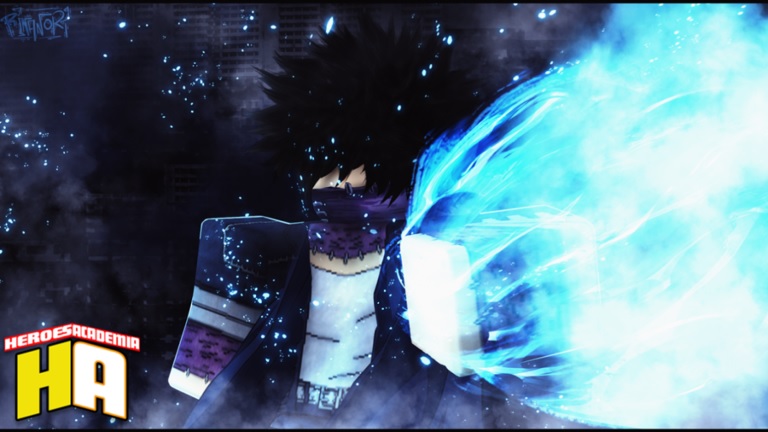 The Roblox Heroes Academia is a gaming experience inspired by the famous Manga series My Hero Academia by Kohei Horikoshi. Hence, this game stood out amidst several anime-inspired Roblox games due to its smooth and flexible gameplay. The game players get to become their favorite heroes who fight for a good cause to save the world or be villains and cause harm to the world.

The players can defeat powerful villains or opponents by taking on rival factions. The players can also play in PvP mode and upgrade their Avatar or character in the game. There is a famous game mode called Team battle, which allows the players to organize a team with 5 players and battle with other teams. The winning team gains experience and a good amount of gaming currency.

This is a morale-based game; therefore, it is a very popular title on Roblox. The players get to explore every part of the famous Hosu city. In the game, the players will have to struggle to level up, and for that, they need Quirks available from Spins. When a player levels up, they earn spins. Earning Spins is based upon leveling up. There are two types of Spins in Roblox Heros Academia- Epic spins, Normal Spins.

The players can keep the opponents as their sidekicks after they defeat them, and they can become a legend by using them in their journey.

The players of Roblox Heroes Academia need gaming currencies, like the yen, to level up their characters. Yen basically provides food and fodder to the player’s character and helps to upgrade them. But to get Yens, the players need to buy it from the Roblox shop, and that will cost them real money. Hence, we have brought to you some promo codes that provide the players with free Yens. You just have to redeem these.

Here comes the final step! Redeeming the codes. It’s a very simple process, and you just have to follow the steps mentioned below.

Here are the steps to redeem the codes:-

Go upgrade your character now that you know how to redeem the codes.

You can get more updates about Roblox Heroes Academia by following this Twitter handle @Hero_RBLX.