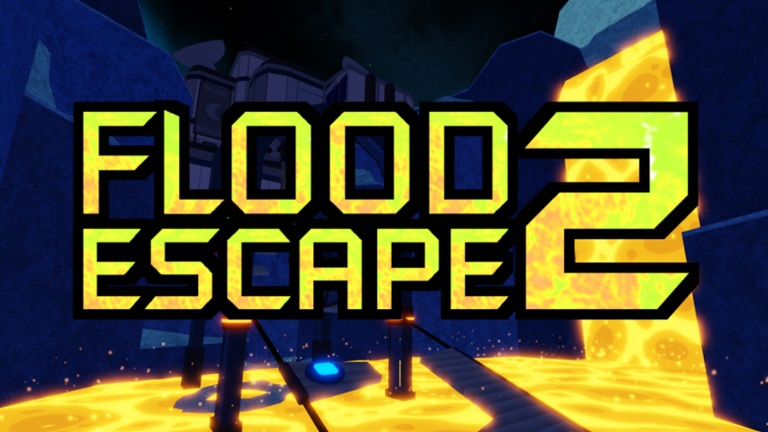 The codes that are currently active on FLOOD ESCAPE 2 are as follows below:-

At present, only one code is available, and the players should often check for code updates.

A ground-breaking follow-up to the original Flood Escape comes Flood Escape 2! Play in groups of 12 and explore hugely open terrain while leveling up and purchasing goodies!

As the name depicts, flood escape 2 enables the players to escape from the flood before their air level drops to zero. The players can hop, run, slide, wall jump, and leap through the plenty of themed maps to escape the water, lava, and acid. As this is a multiplayer game, players can connect with others and escape together by rescuing others, collecting lost pages, and earning XP.

After completing each level, intriguing items and gadgets are available to buy, making the game’s intensity high.

One of the most important aspects of Flood Escape 2 is its maps, which show the locations where players will be during the game. Each map has a different layout, offering a location to go to, a button to hit, and a platform to leap or travel on. To gain experience and gold, players must push buttons to successfully reach the safe zone while also avoiding drowning in the advancing water.

The maps are categorized into six different types; Easy, Normal, Hard, Insane, Crazy, and Crazy+. While harder maps are more challenging to survive, they also offer more experience. The server’s Intensity, which changes according to how many players survived, determines the complexity of the map. There are a total of 38 exciting maps available at present.

One of the many Roblox games with redeemable codes is Flood Escape 2. Old codes are transferred to the expired list as new ones are introduced over time.

XPs are the indicators of levels in the game. Earning more XP will level you up. XP is usually earned by performing tasks.

Players can avail After redeeming the desirable codes, XP, gems, or coins for use in the game. Coins and gems are the normal and special currencies of the game. Auras, Tanks, Emotes, Buddies, and Skins

Some of the codes which got expired are listed below:-

You can buy Auras, Emotes, Buddies, and Skins using the currency that these codes will get you quite a deal of.

To redeem the codes, you need to follow the steps below:-

Availing codes on ROBLOX is as simple as that. Following the @fe2game Twitter account, you may instantly receive Roblox coupons and updates.