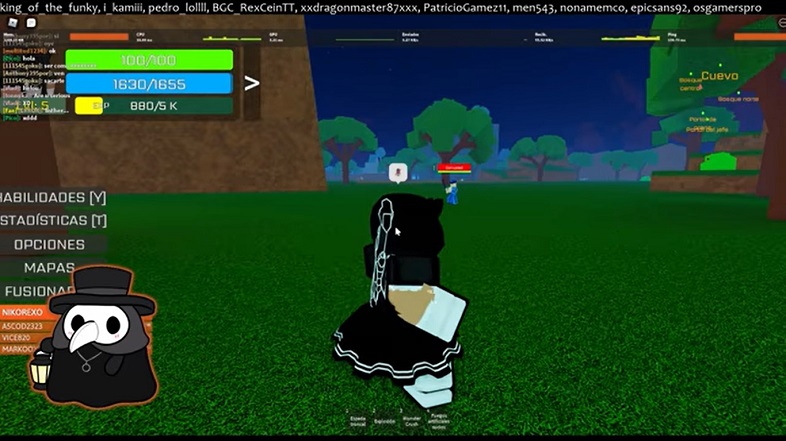 Here are some of the most used codes in Roblox Dragon Ball Hyper Blood by the gamers to win all free rewards:

Roblox Dragon Ball Hyper Blood is a game inspired by the anime and manga of Dragon Ball Z. It is a game of battles between the super Saiyan warriors and the group of hordes and bosses. Here the gaming characters train themselves, fight and go through a transformation.

By clicking on the custom button on the life side of the screen at the beginning of the game, the player can customize the character. Players can choose to be any character of Dragon Ball Z. Then, by clicking on the play button, the character is teleported to a 1v1 game. There the fighting happens among players of the same or close ranks. The rank is displayed on the screen, and with each rank up, the player’s name is displayed on the leaderboard in chronological order.

Players can check the skill box to know about the skills they acquire or can achieve. The skill box contains powers of hero form, enemy form, attacks, and exclusive. The character undergoes a transformation that upgrades their abilities, skills, and powers of the character. In the stat option, the gamers can see the abilities, scores, and other power-related information.

Initially, the gamers go to the earth map; other than that, there is a gravity chamber, beeru’s planet, and a hyperbolic time chamber. In the Gravity Chamber, there are 17 Zenkai Booster; in Beeru’s Planet, the players get 30 Zenkai Booster, and in the Hyperbolic Time Chamber with 5M power. Throughout the game, the player needs to learn and train properly to fight strongly and unlock new forms for a better gameplay experience. With the succession of each level, the character gets a transformation option.

There are various codes available on the interest that helps in achieving various boosters and power without any money. With these codes, you can avail of special benefits that will help level the game up.

In this game, players have to update their character and gain new skills and abilities. Codes provide all the essential things to grow, like boosts and forms.

The process in which you can apply the codes is written below:

Do you want new codes to redeem whenever they are released? Follow @listherssjDev on Twitter and get all the latest updates on the codes in the Roblox Dragon Ball Hyper Blood game.