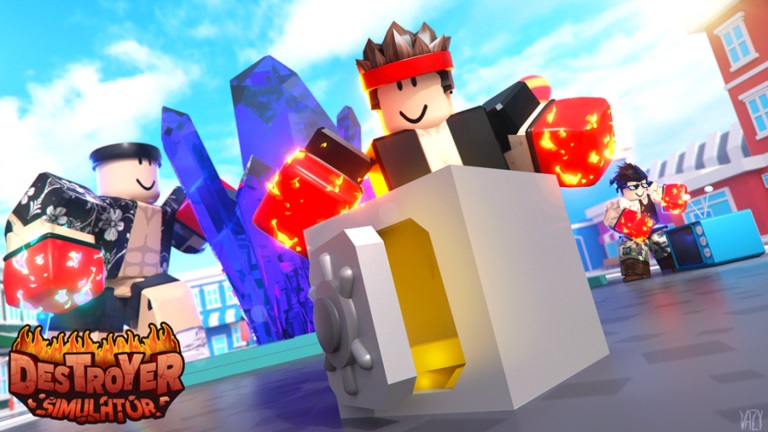 Here’s a look at all of the working Destroyer Simulator codes.

Playing Roblox destroyer simulator involves channeling rage to break obstacles in your way before moving forward. The game indicates that players have to destroy objects, suppress pets, and generally be more active to receive rewards and win the game.

Up gaming developed the Roblox destroyer simulator game, and it has been garnering fans. Players have to destroy something to unlock new levels, and participating in this activity is safe because the game is a simulator and not real life. Gamers who break stuff while playing can access more rage, which you can use to get popularity or boost your training ability. This rage is used to remove weird objects blocking the player’s path, and these objects could be things like freezers, mailboxes, or safes.

Now, moving on to Roblox destroyer simulator codes, they are redeemed in exchange for various freebies such as boosts and many other items that can help you to win the game. Codes can be used to claim several advantages while you play the game, but you have to input codes that work. They help to speed up the progress of these games.

WHAT ARE THE BENEFITS OF ROBLOX DESTROYER SIMULATOR CODES?

There are several benefits of Roblox destroyer simulator codes. Some of them are listed below

When you get these rewards while playing, you would be able to unleash rage to break items, unlock new worlds and tame various pets. Ensure that you are copying the correct code so that you will be able to claim the free gift items. Moreover, if the codes are expired, you will not be able to redeem them.

If you have exhausted your list of codes and want to find up-to-date ones. In this case, the best thing to do is to follow the game developers on their social platforms. You can follow them on Discord, keep track of new announcements on Twitter, and join their group page to exchange ideas with other gamers.

When you get working codes, follow these instructions to redeem them

Please note that the codes are case-sensitive, so ensure that you type them in correctly. Roblox destroyer simulator has also been recently updated to remove the previous bugs and improve the overall experience that you get while playing it.

Meanwhile, there are other simulators and games that Roblox has launched. So, if you have gotten tired of breaking items in the destroyer simulator, you can try your hand at playing the various games that Roblox offers. There are so many options to consider, and more are being introduced by the game developers.