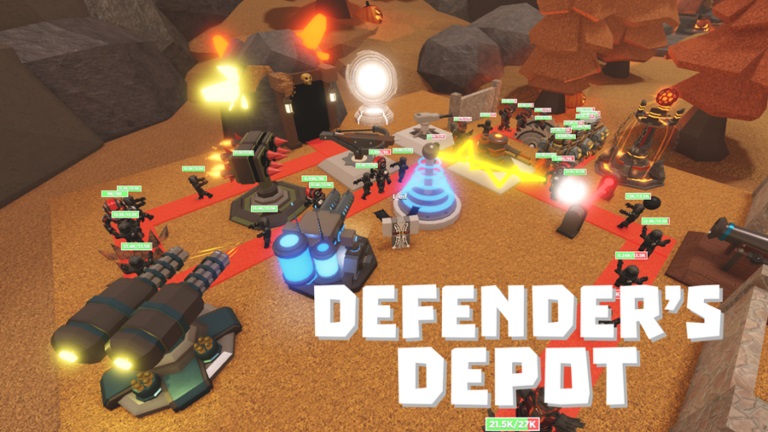 Here are some of the most used codes by the gamers in the game Roblox Defenders Depot:-

Basic CrateRoblox Defenders Depot is a defense game. Here the players have to defend their plot against the wave of attacks but zombies and other creatures. The gamers can put up the defense machines that will attack the zombies and protect the plot.

The player is provided with a square green plot that has a door at the beginning of the game; through the door, the attack waves enter. Here the most interesting thing is that the players can change the route of the attack according to their convenience. Players can put canons, lasers, and traps to defend against the attack. They just need to prevent the attackers from passing the plots. If the attackers go through them, the player fails the stage. Each successful defense will give the score, and that will help to get into successive stages.

The gamers can sell the obstruction they have in the plot and gain coins. After collecting a good amount of clubs, the gamers can buy powerful defense machines like tesla, crossbow, torrent, volcano, inferno, flame thrower, etc. They can get the walls in the plot and make the route longer, so that will give more time to destroy the attack waves. Each piece of equipment in the game can be further upgraded to a better strong version.

Do you have a lot of codes but do not know how to redeem them? Don’t worry. The easy steps that you can follow to know the correct way to apply the codes and win all the free rewards you deserve are mentioned below.

Follow the steps below to redeem all the codes:-