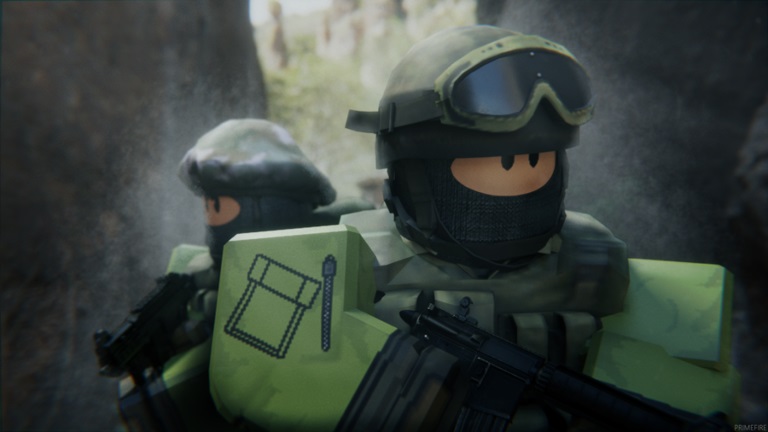 Counter Blox is a First Person Shooter game on Roblox based on the insanely popular Counter-Strike: Global Offensive game. This game is a fan favorite with almost a billion visits and a constantly active player base.

The game has undergone many name changes since its launch in 2014; It was first released as Counter-Strike: Source Roblox edition, then in 2015, the name was changed to Counter Blox: Global Bloxxing, and after a couple of more name changes, it was finally decommissioned in 2018. Later it was replaced with Counter Blox: Remastered, which is now the current Counter Blox.

The core gameplay and even maps are based on the Counter-Strike game, so it is exactly like a CS: GO match. For those who are not familiar with CS: GO, the gameplay of Counter Blox is explained in detail here.

There are two teams in the game, and the gameplay revolves around that. The two teams are Counter-Terrorists and terrorists. They both have different objectives and are equipped with different armaments. There are a certain number of rounds, and the team that wins the most rounds win the match. Completing the team’s objectives and/or killing the opposing team’s players rewards the player with cash. At the beginning of each round, the player can use this cash to buy better weapons and even explosives.

A match can be won by completing the team’s objective or by wiping out the enemy team. The objective of the Counter terrorists is to prevent the terrorists from planting the bomb, and in case they fail to do so, they will have to defuse it before it explodes. The terrorists’ objective is vice-versa.

Since there are no upgradeable stats or equipment in Counter Blox, the player should have a sense of progression, and that is skins. The player will need funds to get various skins, and gaining funds can be a chore. These codes help get the player some skins and even funds.

How To Redeem Counter Blox Codes?

The player only has to follow the steps below, and the whole redemption process will be over in a flash.

To redeem the codes in Counter Blox, follow the steps below: