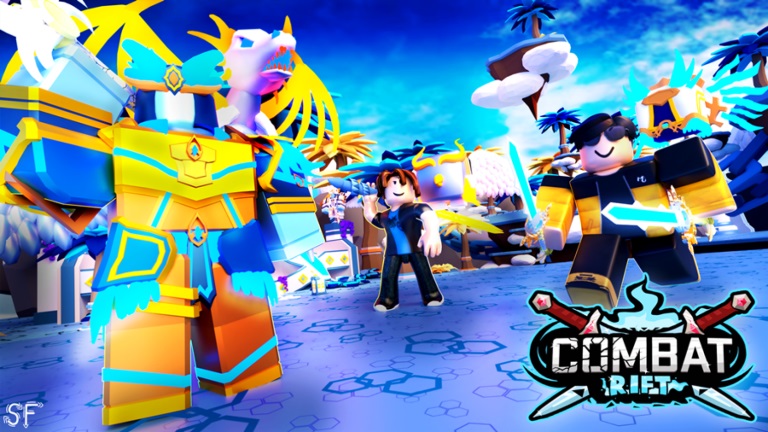 Here are the most used codes to redeem and get all free rewards in Roblox Combat Rift:-

In Roblox Combat Rift, the players have to face challenges, where they fight and kill monsters. In the course of the game, the gamer has to collect and gather weapons, swords, and skulls. These collected skulls can be exchanged to get coins, which help further to gain benefits in the game. After killing the monsters, the gamers get pets out of eggs that they hatch.

At the beginning of the game, one can choose performance modes: high performance or low performance. The character in the game already has an equipped sword; with that, one needs to kill the goblins. With each kill, skulls are gained. With the collection of skulls, the character’s backpack fills up, and then the skulls get converted to coins which later on help to level up. When you hatch an egg and get pet animals, you can equip them. Those pets help gain coins and gems, which will further help move forward in the game.

There is an option of daily spin in the shop, which can make you win boosts, gems, or coins. Other than that, in shops, one can find souls that increase the backpack capacity. Ranks help in the rebirth of the character. When one takes rebirth, the earlier gains remain the same. To gain numerous benefits and rewards without paying money, one can take the help of codes. These codes will give you boosters, gems, coins, and other freebies and increase gameplay quality.

In Roblox Combat Rift Codes, you have to fight with monsters, collect an arsenal of swords, collect skulls, etc. You can get all this in exchange for coins. Codes provided by the developers of Roblox Combat Rift help you here by giving an abundance of codes, gems, and different freebies. Codes can buy a collection of all mentioned things, and codes can give you a lot of coins for free.

The process to apply codes in Roblox Combat Rift is given below :-