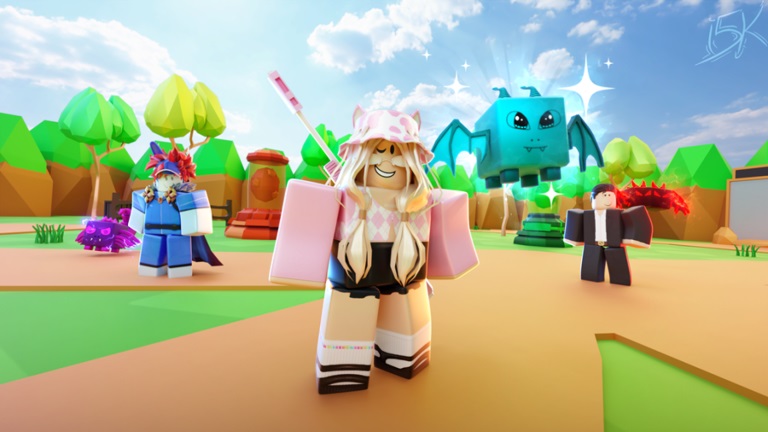 Some of the active codes in this game that you can redeem are mentioned below:-

All these Clicker Simulator codes have expired:

Roblox Clicker Simulator is a clicking game that makes you win clicks! The Players have to click on a button and collect clicks. Then they get eggs to hatch, collect pets, and trade them. There is a range of exciting legendary pets in this game. There is an option of rebirth that gives multiplied clicks and gems. This game has numerous islands to explore. The gamers just need to earn and click to win!

Players have to begin the game by clicking on the blue arrow at the bottom of the screen. After collecting clicks, those clicks are to be used to buy eggs. Eggs, when hatched, give out cute little pets. When the players have a collection of pets, then some clicks are rewarded; a collection of the whole series of basic pets will give x6 clicks. Repetition of these procedures leads to leveling up, and then the gamer can jump over to another island and explore that. On the new island, the pets are upgraded and can go through rebirth to come out as better versions.

All the achievements of the gamer are recorded on the achievement board. By clicking on the achievements, they can collect more clicks and gain all the benefits of their wins. With rising levels and scores, the pets get upgraded too; each rebirth develops them. The cute pups and cats turn into baby dragons rather than dragons like the void dragon and midnight dragon. The collection of clicks determines your achievements and score in the game.

In the Roblox Clicker Simulator game, players must assemble click points. This is a long process to collect these clicks. Codes in this game will provide you with a luck booster, more clicks, and more, which will multiply your clicks.

Redeeming codes in Roblox Clicker Simulator is very simple. You only need to follow the steps mentioned below, and you can easily win all the free rewards given by the codes.

The steps to redeem codes are written below:-

Are you in search of new codes in the game Roblox Clicker Simulator? You only have to follow the official Twitter account of @ClickerSim1. They keep on uploading all new codes to their Twitter account. Follow them and get all the free rewards as soon as possible by staying updated with new codes.