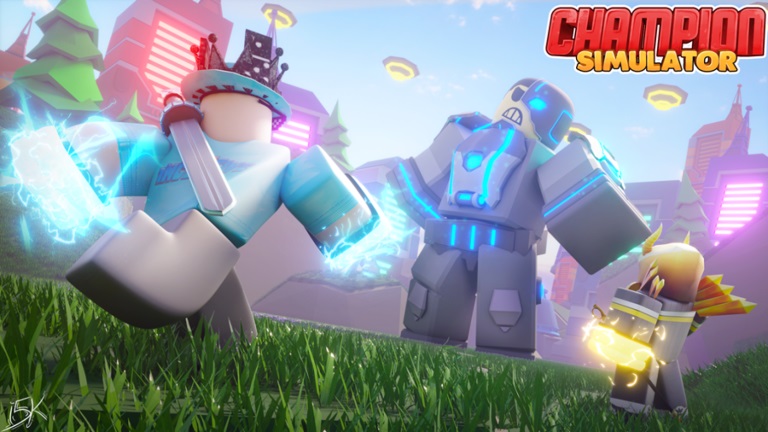 Following are some of the codes that players in Roblox Champion Simulator can use:-

The codes can save currency like coins and gems but also be able to purchase upgrades for your character.

Roblox Champion Simulator is a classic game for fighting matches. The players can divide themselves into teams or fight in a one-on-one contest. The player’s and opponent’s units have to try and win over the other. But players must complete the fighting before the timer runs out.

Decreasing your opponent’s time will be the key to your win. But, be aware not to let the opponent knock down yours. This Champion Simulator Game has been created on the Roblox platform and is available for people worldwide.

The game is easy and fun for all to play. The players can improve their stats by punching the other players for Strength. The Strength of a player depends on their punches and training. By achieving this, they can earn coins for upgrades.

The players need to keep moving up the leaderboard with more wins. The added upgrades for the players can include pets, collector items, boost potions, and many more. Players can put these customizations of the character to good use during battles.

Roblox Champion Simulator has had various modifications for each memorable holiday, like Halloween or Easter. These events give special one-time offers for the players to enhance their character. Champion Simulator is played by defeating others to become the most vigorous champion. Because of the various tasks, the game can be a little overwhelming. But, to help players get on par with the veterans, newly joined players can use codes to make the journey easier.

The codes used in Roblox Champion Simulator hold power for the players to redeem. These codes provide benefits such as unlocking power-ups like boost potions, pets for additional strength also more clicks for coins and gems.

How To Redeem Roblox Champion Simulator?

Now that the codes have been evaluated on their usefulness, there must also be ways to redeem them. Redeeming code is a straightforward process for all players.

Here are the steps you can follow to redeem the codes in the game:-

For the latest updates on the codes, players can follow @AzireDev.