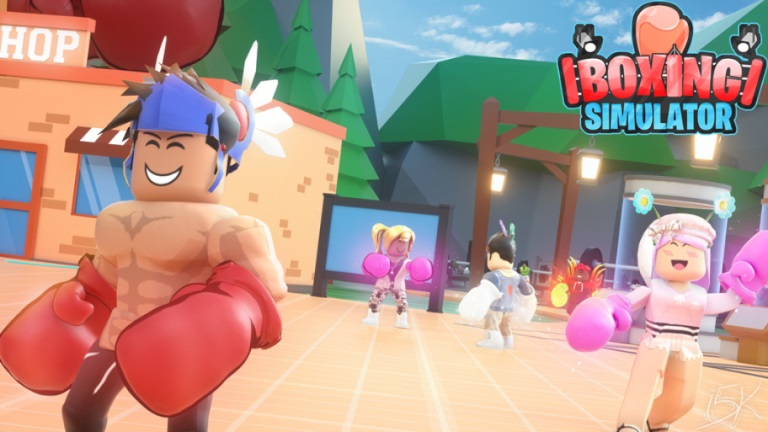 Here are the few promo codes that you can redeem to get freebies:-

Basically, the game starts with players being lean and weak, with not much strength. Gradually, they have to train and gain durability by themselves and work out by using weights and other stuff.

The players will only gain weight while they are in the tournament! And the players can use the gained Durability to increase their health. They can unlock more Skins in the game and eventually become the strongest player. The players can also buy epic Pets to help them gain stats faster!

Further, the players can earn coins to buy eggs and pets from the Roblox shop, which will help them to become stronger. And for the players who are not interested in PvP, the game also provides them a safe zone.

There is a knockout zone, where the players compete with each other and fight. The players have to use their strength and skills to defeat their opponent. The one who knocks out the opponent wins the game and the title of the strongest player!

The players need strength in the game, which they can buy from the Roblox shop.

When the player punches anybody, he gains some coins, which he can use to buy items that can add to his power, but that is a long process.

Hence, the game developers provide a few secret codes to the players as a token of appreciation that helps them get Gems, coins, and strength for free. That can help the players gain strength faster!

The players just have to redeem the codes to get their Freebies.

How To Redeem The Promo Codes?

At last, redeeming the promo codes is the most important step. It’s a very simple process, and you just have to follow the instructions provided below.

To redeem promo codes, here are the steps you can follow:-

So, that you know how to redeem the promo codes, go knock out your opponents and steal the show! Meanwhile, you can follow the Twitter handles @MariusRBLX, @Celestial_Dev, and @0929lego to get information, updates, and codes for the Roblox boxing simulator!