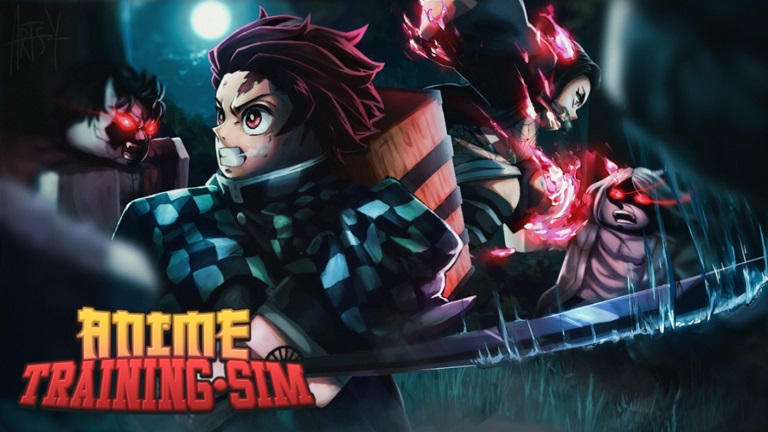 Woefully there are no codes active for Anime Training Simulator at this instant. It is advised that the player keep a watch on the Twitter accounts of the game developers for future Codes.

Anime Training Simulator is an anime-based simulator game where the player has to become the strongest anime Hero. The players initially have to beat a soldier with 200 or 194 HP; this is painfully slow as the player does only one HP damage. The soldiers are dummies as they won’t attack the player back. After killing the soldier, the player obtains a certain amount of spirit. This spirit is used in the training area to increase the player’s strength. The initial strength cap of the player is 500. There is no cap for spirit, though.

After training, the player’s strength increases, and with strength, the damage the player deals also increases; now, farming the enemies in the area is not as excruciatingly slow as before. The Player can save up spirit and buy pets and weapons.

There are seven rarities of pets and three rarities of weapons. Pets are anime characters, poor them. Equipping pets grants the pet’s ability to the Player, which they can now use. Pets come with multipliers, too; they can effectively increase your strength by manifold according to their rarity. There are Robux exclusive pets, too, with overpowered abilities. Buying and equipping a weapon significantly increases the player’s damage.

After hitting the max strength cap and obtaining enough spirit, the player can move to the next map by buying access to it with spirit.

There are twelve maps in the game; each map has its own set of unique pets, weapons, and enemies.

Initially, it is quite hard to increase the player’s damage and strength in Anime Training Simulator. With the help of codes, the player could get Spirit, Strength, Weapon, or Pets; any of these would initially be welcome to the player. Spirit would help the player to train and increase their strength; it is also used to buy more pets and weapons.

The process to redeem codes in Anime Training Simulator is surprisingly simple; the player only has to follow the steps below.

To redeem the codes in Anime Training Simulator, follow the steps below:

Follow the Twitter handles- @clock_wisdow and @RealDaireb are the Twitter accounts of the game developers. Any game updates and information regarding codes can be found there.