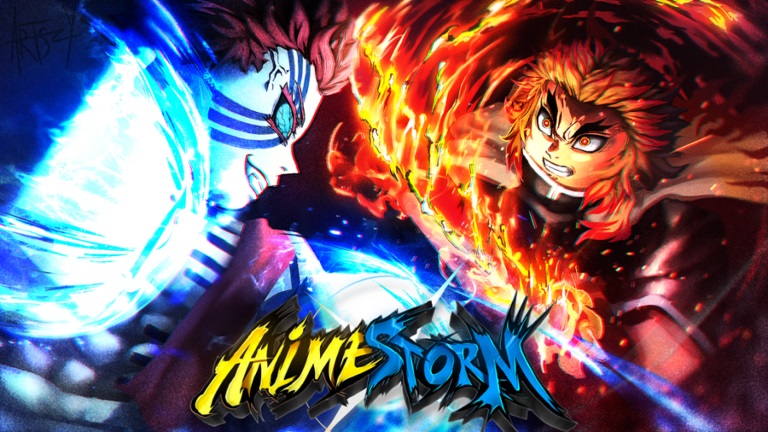 The working codes for Roblox Anime Storm Simulator, which will help you gain some gems and golds are listed below:

Anime Storm Simulator is a jackpot for anime lovers, as it is an anime-themed Roblox game. Players are prompted to pick a starter when they first play the game. They can add the starter champion they picked into their squad. There are seven slots in the squad, out of which only one is unlocked in the beginning. The first quest they get is a part of the tutorial, and it is a simple one. Completing it leads to another one that rewards the player with their second champion. In addition to the regular quests, the player can complete the daily quests to rake in some extra rewards.

The gameplay mechanics are fairly simple. The champions assigned to the player’s squad accompany the player. The player only has to click on enemies to command their champions to attack them, and they can just wait for the champion to finish them off or click on the attack button, which will do additional damage to the enemy.

Killing enemies rewards the player with Yen and Gems, which are the in-game currencies. Additionally, the player gets exp for them and their accompanying champions.

These codes help get the player some quick Gems and Yen in Anime Storm Simulator. With these Gems and Yen, the player can try their hand at summoning new Champions to bolster their squad from the Treasure chests.

The code redemption method is very easy in Anime Storm Simulator. Follow the instructions below, and the codes will be redeemed in no time.

To redeem the codes in Anime Storm Simulator, follow the steps listed below:

For the newest game updates, follow the game developers on Twitter. Their Twitter ids and the working codes are listed on the Anime Storm Simulator game page on the Roblox website. You can also get information about other Roblox games on our website. Don’t forget to check them as well.