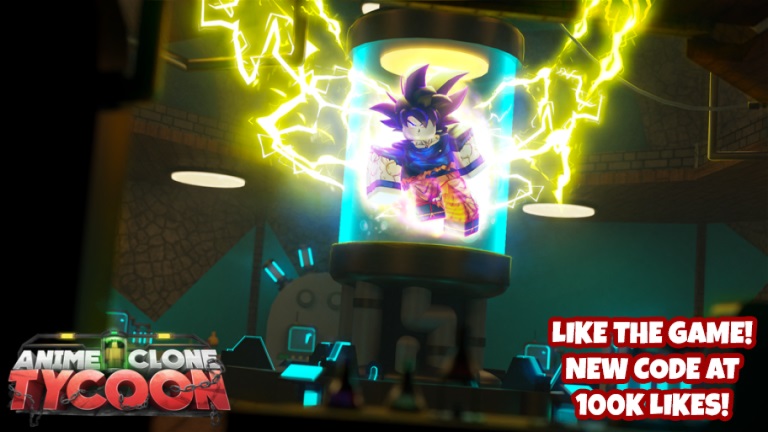 Some of the currently active available codes are listed below for quick redemption:-

Roblox Anime Clone Tycoon is a game created by Anime fusion. The ultimate goal of this game is to build a huge base by recruiting better and better researchers, much as in other tycoon games. The players can create a massive clone army and engage in battle for control of the center map while the base expands.

As the players build clones of well-known and adored anime characters, Anime Clone Tycoon is about playing the bad guy. Gon, Killua from Hunter X Hunter, Tanjiro from Demon Slayer, and more clone characters. Choose anime characters from which to create replicas and stop enemies that wait outside the base.

The coins in this game increase with time. These coins can be used to buy more anime characters, workstations, and also various weapons and equipment needed to upgrade the base. Each anime character can perform varied duties; when used cleverly, they can greatly help the players.

Using Anime Clone Tycoon codes can get the players some free Gems right away if they need a little additional money to aid the clever plans. These codes can also be redeemed for premium clones such as Guy from Naruto and Levi Ackerman from Attack on Titan. These can be exchanged for Gems, which can be used to buy boosters that will help the players collect coins more quickly.

Redemption of codes on Roblox Anime Clone Tycoon is a quick and easy procedure.

Follow the simple steps listed below to redeem the codes and avail of rewards:-