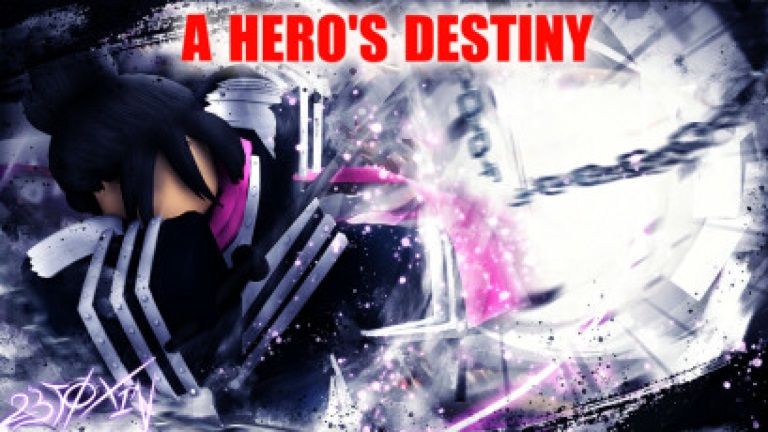 Following are some of the currently working codes in A Hero’s Destiny:-

These A Hero’s Destiny codes no longer work.

A Hero’s Destiny is an adventure RPG based on the popular superhero anime- “One Punch Man.” With almost a hundred million visits, it is quite a popular game. The player can customize their character with the help of the character creation menu when starting out.

They can assign points to the stats they prefer, and these points are obtained by leveling up. Players level up by completing quests and killing enemies and bosses. While on their killing spree, they also have a chance to obtain items from the enemies they kill; these items can be equipped to boost the player’s stats. Players can also level up by training.

The quests act as a progress guide to the player. Additionally, there are ranks, which are just cosmetic features. They are obtained by leveling up. Rank D is the lowest rank which Celestial is the highest possible rank. There are 18 classes that the player can obtain in-game. Each class has 4 unique abilities and an awakening. The classes are obtained by a gacha mechanic, aka The Class Spins; one spin costs 35,000 yen.
Yen is the in-game currency obtained by completing quests and killing enemies. When a Class Spin is attempted, the player has a chance of obtaining a random class from the 18 available classes, and each class has a different rarity which is accompanied by its chance percentage. The higher the rarity, the lesser the chance to obtain them.

After reaching certain levels, the player can opt for rebirth. Ongoing ahead with this, the player’s level is reset, but they will be rewarded with a permanent multiplier and a luck boost.

The player gets class spins when they trade in their time and effort. It need not always be the case because, with these codes, you can obtain extra spins for absolutely free. The player can also obtain free boosts for a certain duration as an added bonus. With those free spins, the player stands a chance to obtain a rare hero.

How To Redeem Roblox A Hero’s Destiny Codes?

Follow along with these steps to redeem these codes in your game:-

For new updates and codes, you can check out the official Twitter handle of the game developer- @sean21307.