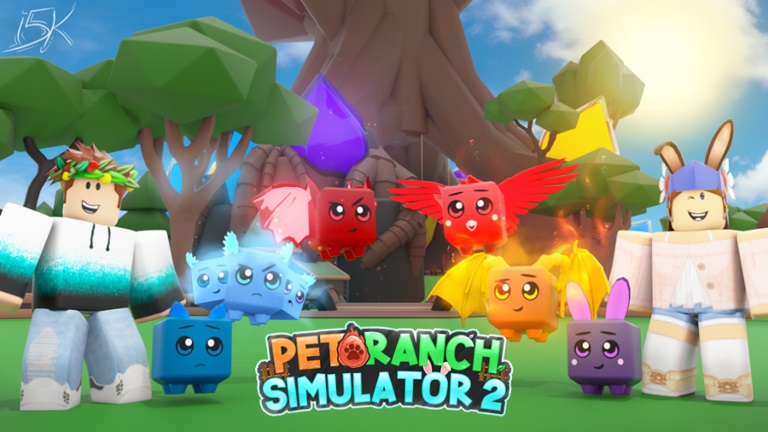 Here are some of the most used codes by the gamers in the game Roblox Pet Ranch Simulator 2:-

This list of codes is no longer available for use, so make sure not to miss out in the future!

Roblox Pet Rach Simulator 2 is a fun game based on raising pets and gaining credits. The players need to get the eggs and hatch them in this game. The gamers can get the first pet after collecting 500 coins. With the collected amount, they can get eggs, hatch them and raise the pet till it grows. The players can equip the pets too. Equipping will make the pets improved with new powerful qualities. With the transformed pet, the players will be able to collect more coins and gems.

The gamers can equip a large number of pets at once. They can even have 50 different pets. There is a list of quests in the starter and quest box. In the quest box, the players can find out details about the tasks and quest along with the reward it will provide.

Quests generally provide 2x coins and ranch coins. These rewards collected from the quest give a large amount of boost to the player’s gameplay. The pets also go through many rebirths, and the pets undergo a major transformation. The gamers can perform adventures and gain extraordinary rewards.

There are several adventures like pet training 1 and 2, treasure dig, treasure hunt, etc. Completion of treasure gives the option of rebirth. In the menu option, the gamers can click on the build button and build the surrounding by placing trees or other natural things. Ranches and fences can also be placed on the ging grounds.

Inside the main game, several small games are played by the pets. Playing the minigames gives a lot of credit. Other than using money, gold, or coins, the gamers can also use codes to gain benefits and freebies.

In this game, Pet Ranch Simulator 2, hatching pets and upgrading the area demands a lot of coins. Codes provide a free coin boost. Redeem the codes, and you can get coins for free.

Still searching for the way to apply for the codes in the game Roblox Pet Ranch Simulator 2? The process is mentioned below that you can follow to redeem all the codes and will get free rewards.

Willing to get all the new codes as soon as they are released in the game Roblox Pet Ranch Simulator 2? Follow up on the official Twitter account @coolbullsAS to get all code updates.