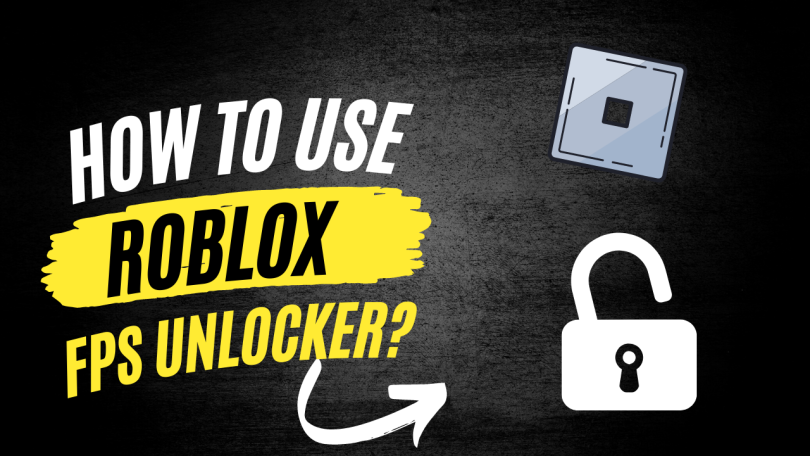 Roblox has constantly been growing. Since its release in 2006, it has come a long way. It is one popular platform with millions of games on it and thousands of daily players. With time there have been many technological improvements in the gaming industry.

Roblox, too has undergone many reworks and upgrades. But there is still one thing that it lacks: players deem it a necessity and are forced to obtain it elsewhere, i.e., by using third-party tools. An FPS unlocker, yes, this is what numerous players are after.

Many users’ systems are built to run games with higher requirements, but they are not able to. With an FPS unlocker, they can fix that problem. Follow the guide to know what an FPS unlocker is, how to use it, and if you will be banned.

What Is An FPS Unlocker?

An FPS unlocker is a third-party program that removes the FPS limit in games. Before proceeding further, we will tell you what FPS means in case you were unaware.

In gaming, FPS can mean two things, First Person Shooter or Frames Per Second. We are talking about the second thing. You might have seen FPS displayed in some games. FPS determines how smoothly a game or video plays. So higher frames per second mean a smoother experience.

If a game has FPS capped at 60, using an FPS unlocker removes that limit, then the player will be able to utilize the full power of their PC to get a better FPS. The important thing is that if the player’s PC cannot go over 60 FPS, then using the FPS unlocker won’t do any good.

FPS depends on your graphics card; if it is powerful, then you will be able to get a higher FPS. But it has to be paired with a suitable monitor with a good refresh rate; having a good GPU paired with a trash monitor won’t increase your FPS any day.

Roblox FPS unlocker is an open-source, free program for the Windows OS that the player can download and use to unlock the FPS limit in Roblox. This uncaps the 60 FPS limit and allows the player to configure a higher limit or leave it uncapped.

Now let us move to the good part, the part where we tell you how to download and use the Roblox FPS unlocker.

For a detailed walkthrough of the whole process, follow the steps below.

1. Open a web browser of your choice. We are using Google Chrome.

4. If you should be on the latest release page.

5. If you are not on that page, then click on the Roblox FPS Unlocker link (with the latest label next to it) under the Releases category in the mid-right section of your screen.

6. You can on the Virus Total link to verify the files you are about to download.

7. Although it flags some files as malicious, they actually are not. It only gets flagged because it modifies a bit of the Roblox client by injecting some code to remove the FPS limiter.

9. If your browser warns you (chrome mostly does that) saying that file is dangerous, click on the upwards arrow next to it and click keep. That should download your file.

10. Since the downloaded file is a zip file, you will need archive software to unzip it, like 7-zip or WinRAR. Go to your downloads and extract that file.

11. After extracting it, open the folder that was just extracted; if it is empty, your Antivirus software deleted it. You will have to open your antivirus and restore that file. Now will find the file rbxfpsunlocker.exe; double click to run it.

Steps to use the Roblox FPS Unlocker:

To know if the FPS unlocker is running or modifying any setting, the player can find a red unlock icon on their toolbar; if not, they can find it in the hidden icons (this is brought out by clicking the up-arrow, i.e., the Show hidden icons button on the toolbar) list from the toolbar.

Will I Get Banned For Using It?

The FPS unlocker is not a cheat tool, though, in the past, some players have utilized it for glitches which have now been resolved. Those glitches were done not by increasing FPS but the other way around.