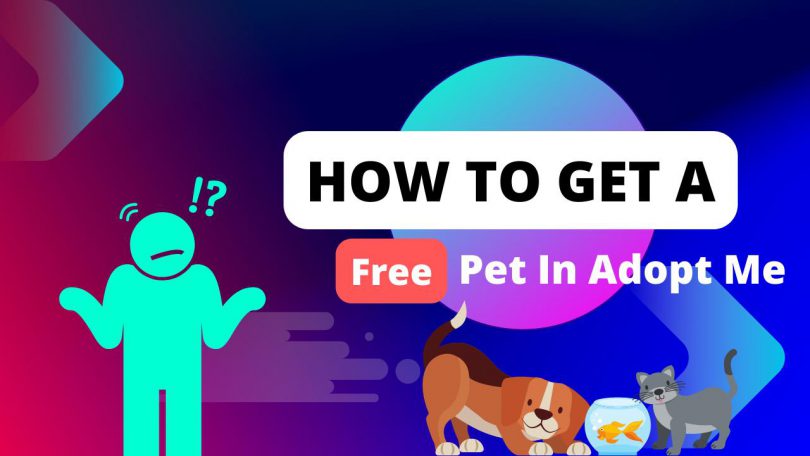 This game is plotted in a way where the player will either be a parent adopting a kid or a child or a child getting adopted by parents. The player must adopt pets as a reward token throughout the game. In total, five groups of pets are arranged according to the level and cost. Henceforth you could buy them with Robux currency or by trading with other players in the game parallel to you.

The groups are named the common, uncommon, rare, ultra-rare, and legendary. A player can combine four fully grown pets of the same type to form a “Neon” pet, and four fully mature neon pets can be combined to form a “Mega-Neon” pet.

It’s a light-minded hustle-free game in Roblox, which was created by Uplift Games and published by Dreamcraft in 2017. This game could be enjoyed by twenty people together through a single server.

How To Get Free Pets In Adopting Me?

There are several ways to earn pets and take care of them. You can use your currency collected throughout the game, or you can trade your pet for free with the players in the game.

Types of pets in the game:

These are some of the names of pets. In the game, you’ll find many more amazing pets.

Codes are used to make the games more interesting and enjoyable. Among players, there is a high demand for codes. Codes provide rewards like bundles of Bucks, Pets, etc., which enhance the game and boost the player’s character in-game.

So, there is no direct code to obtain a pet. Rather there is a bit indirect way to do the same. The player could gain game currencies or Bucks to purchase the eggs in these codes. As soon as the egg hatches, the players can own the pets.

These were not active in the present time but sure get more similar codes soon in the coming times.

Like all other Roblox games, Adopt Me also launches several codes in the game. Currently, there’re no active codes in the game, but hopefully, the promising developer of the game will soon launch some codes. As demands are higher for the same, the game might give away some code by the end of this year.

How To Redeem The Codes?

There are simpler steps to exact the rewards by using the codes.

The step is listed below for a user-friendly way to extract the codes: