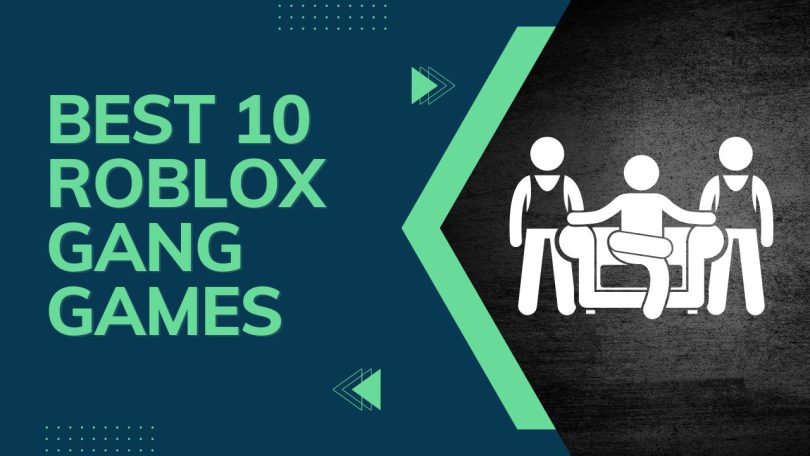 Roblox is a super fun multiplayer game where you can interact with other players from all over the world. The advantage of this game is that it offers a wide range of games suitable for people of all ages.

Roblox corporations created this game under strict guidelines that require all players to follow. Violating the rules may cause problems for the players and may result in the account being terminated after two strict warnings.

Gang games are role-playing games in which the players can take up a role of their choice in the game and can submerge into the character. The players can also form a gang and create stories of their own. They can also get jobs, get friends, do chores, etc. 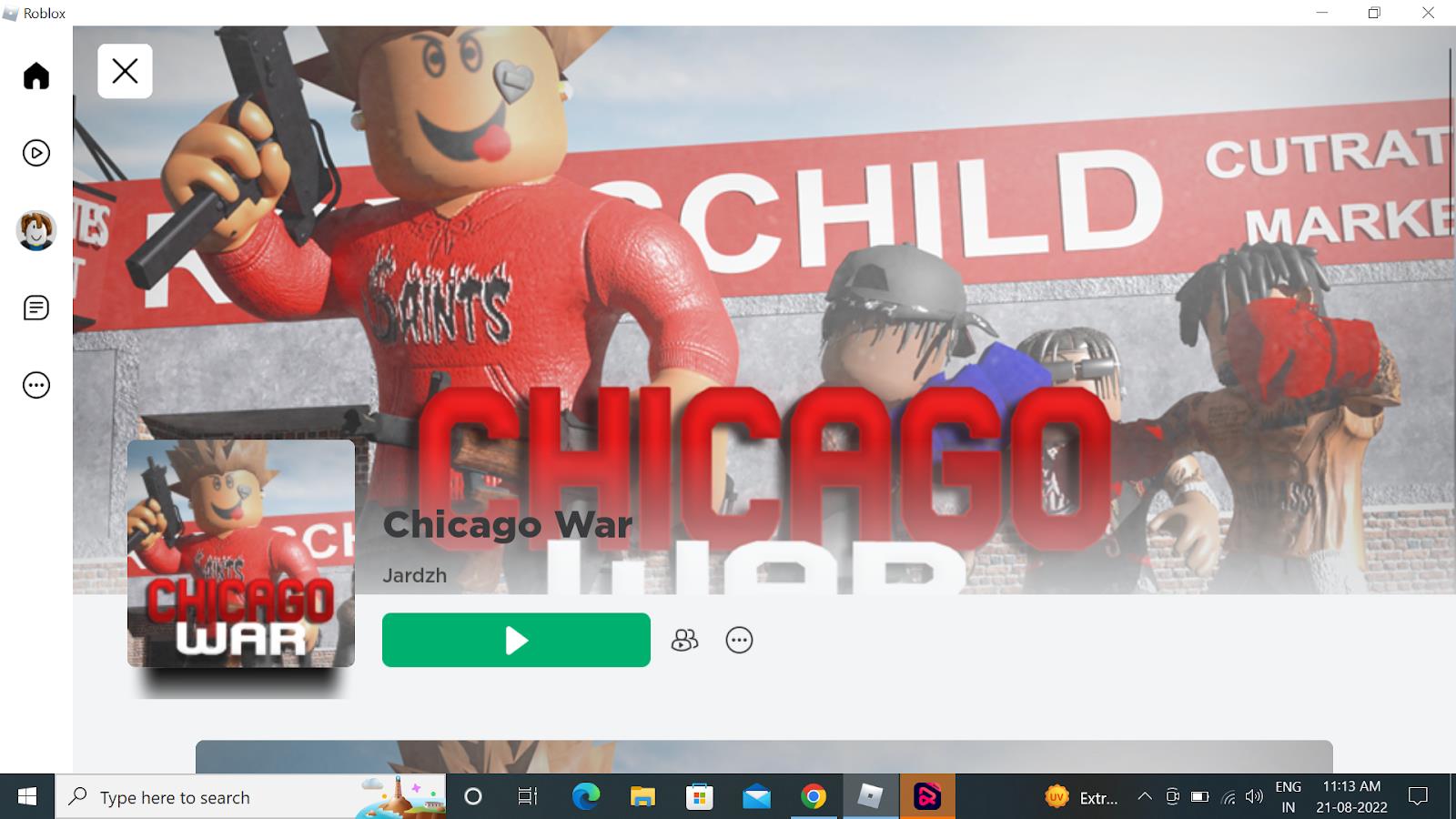 Chicago war on Roblox is a hood warzone game. The players in this game group up as a gang and compete with their enemy gangs. They can also shoot and attack to kill their enemies. 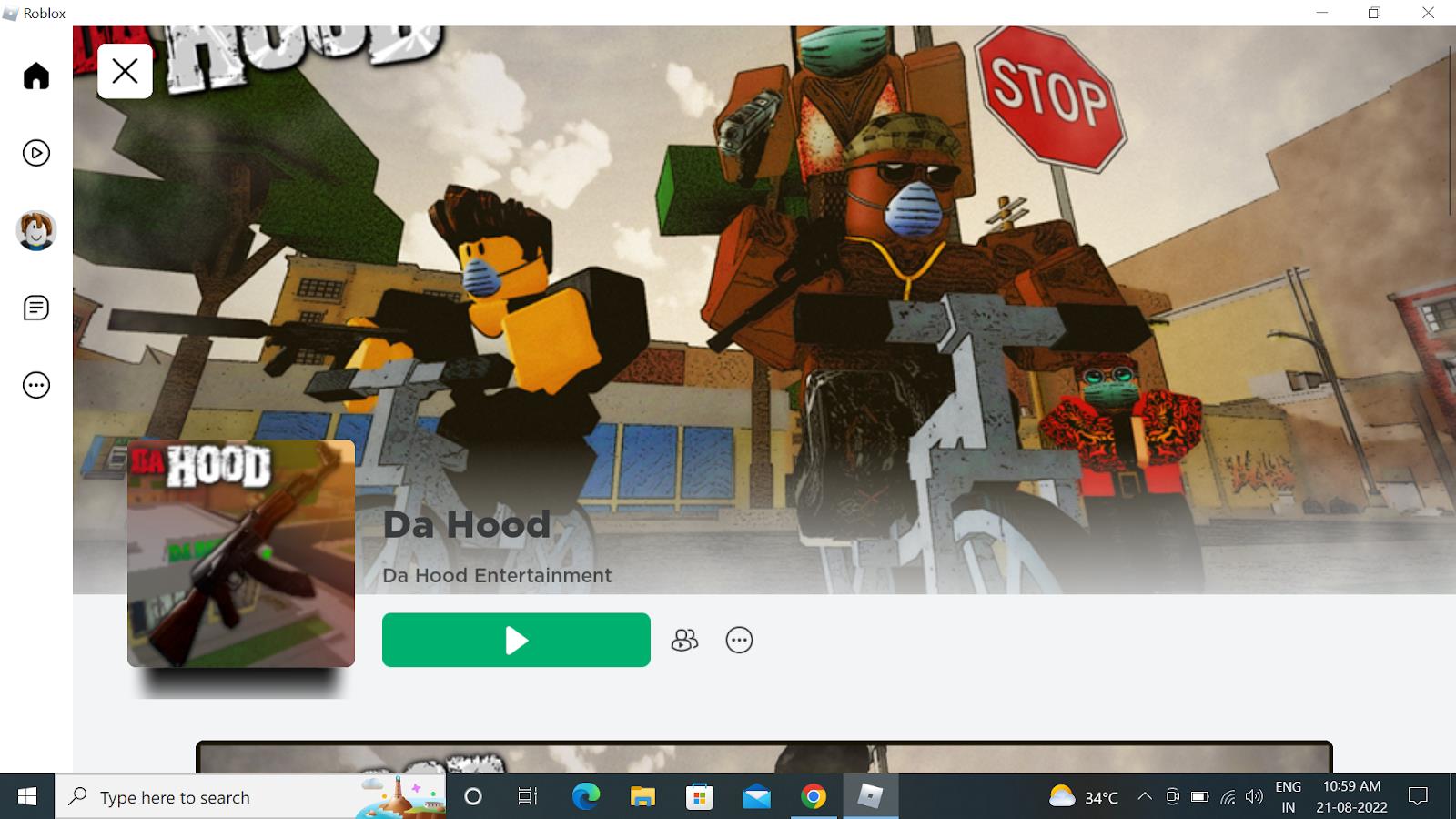 Da hood is one of the best gang games on Roblox. This takes place in a gang subculture environment. Players should either become officers or criminals to be part of this game.

Although role-playing may sound fun, Da Hood is exactly what you’re looking for if you’re more interested in spreading chaos, among others. Da Hood is unstoppable at any time of day because it has the highest active player average. However, if you’re considering playing, remember that Da Hood is very much a Robang Game. 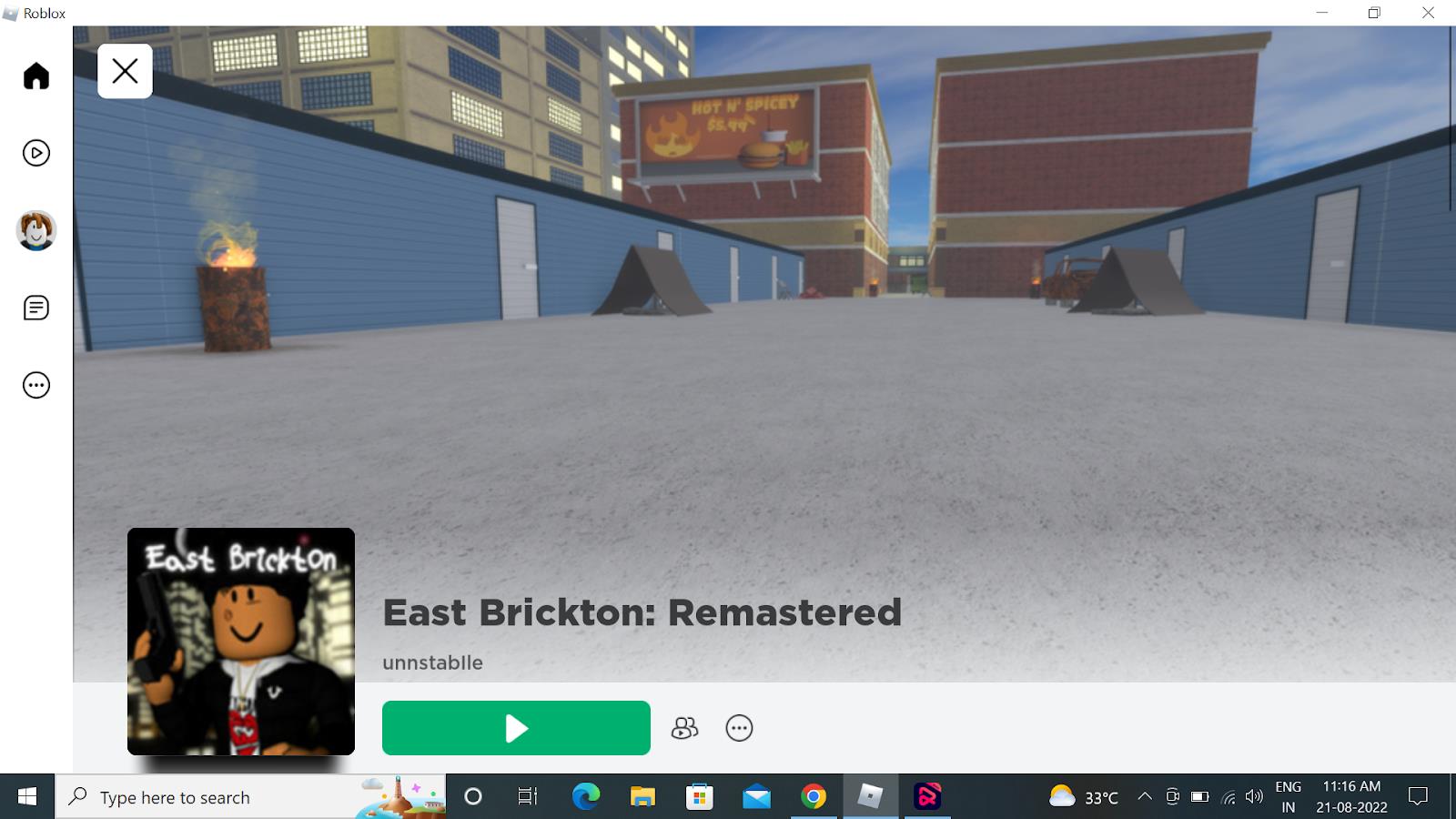 Roblox east brickton is one of the top gang games where the players can create and customize their characters. The players can curb their destiny in this game. A city in New York, Buffalo, is an inspiration for this game. This game is more on the realistic side of gaming. This game is suitable for friends and gangs who just want to run, hang out and have fun and can create an entirely new story for their character. 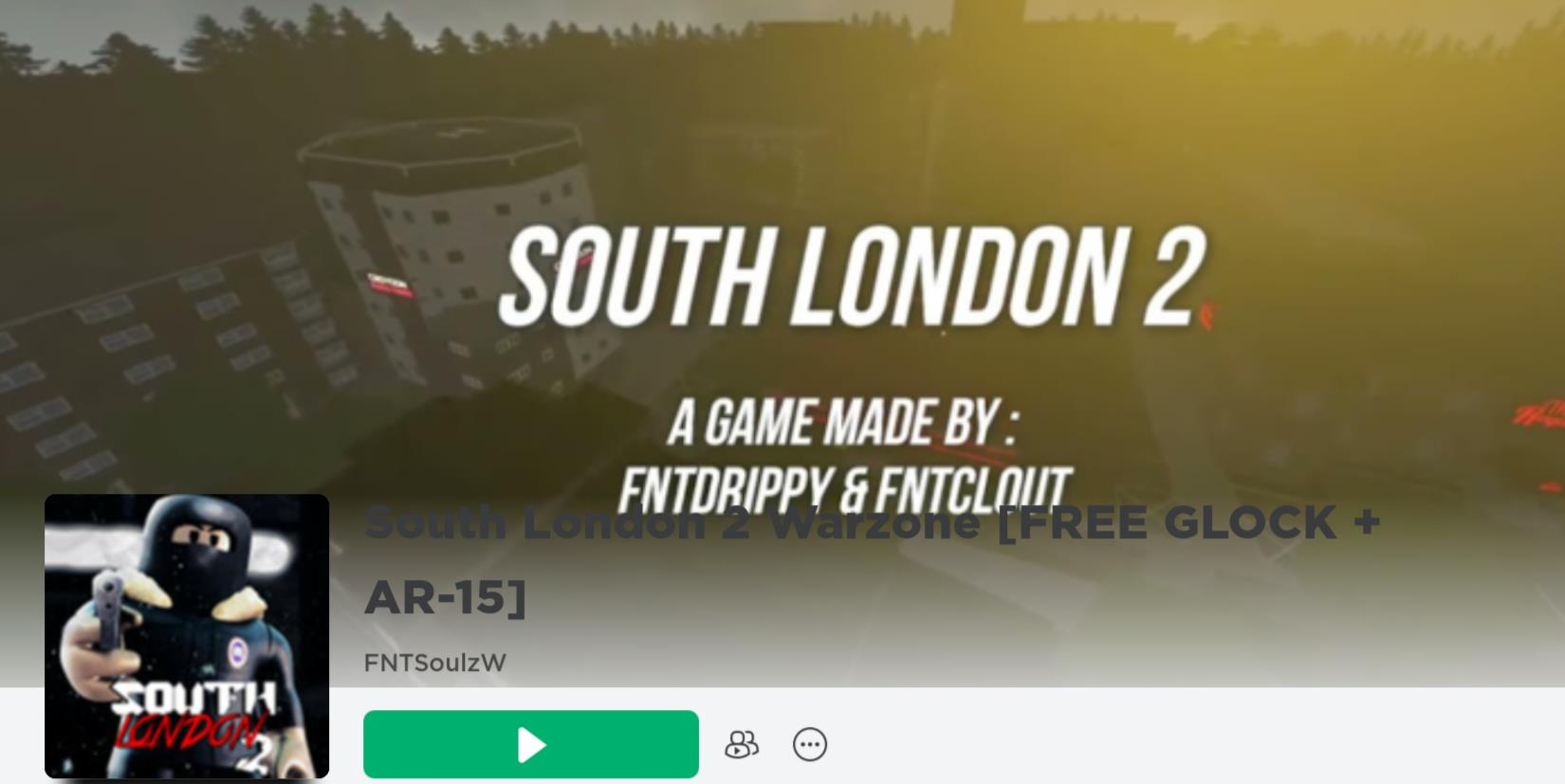 South London 2 (SL2) is another gang game for role-playing entry on this list and has become a fan-favorite gang game. Within SL2, the role-play activities are limitless. The players can open businesses and hire employees or work for someone else, commit crimes for money and fame or enforce the law as a police officer, make friends with their neighbors or remain a lone wolf, and the choice is theirs.

The Hood is yet another RPG gang game similar to da hood. This game allows players to role-play while also staying on the wilder and more dangerous side of this crime-ridden experience. The Hood does not have as many active players as Da Hood. It is, however, a good backup plan if things get too crazy in its more popular predecessor. Da Hood heavily influences the Hood, so while it does involve role-playing, there’s a heavy emphasis on guns, fighting, crime, and general chaos. 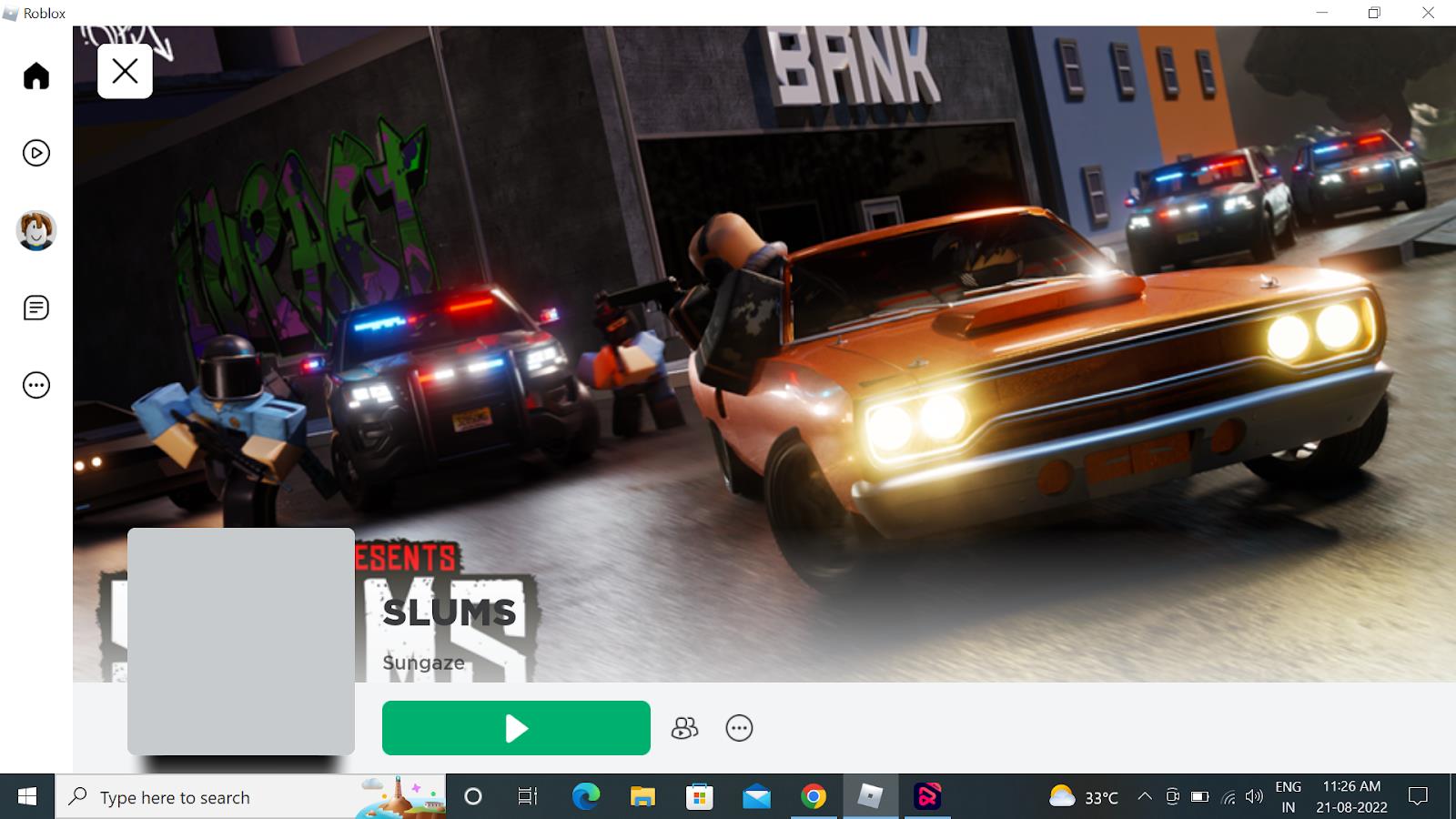 Slums on Roblox is a popular gang game where a city packed with crimes is created for two sides of gamers. The players can be either police or criminals. Criminals can start robberies, heists, and wars while the police try to prevent crime and capture criminals. The players can take up jobs ranging from the police officer to a gangster and various fields to explore. 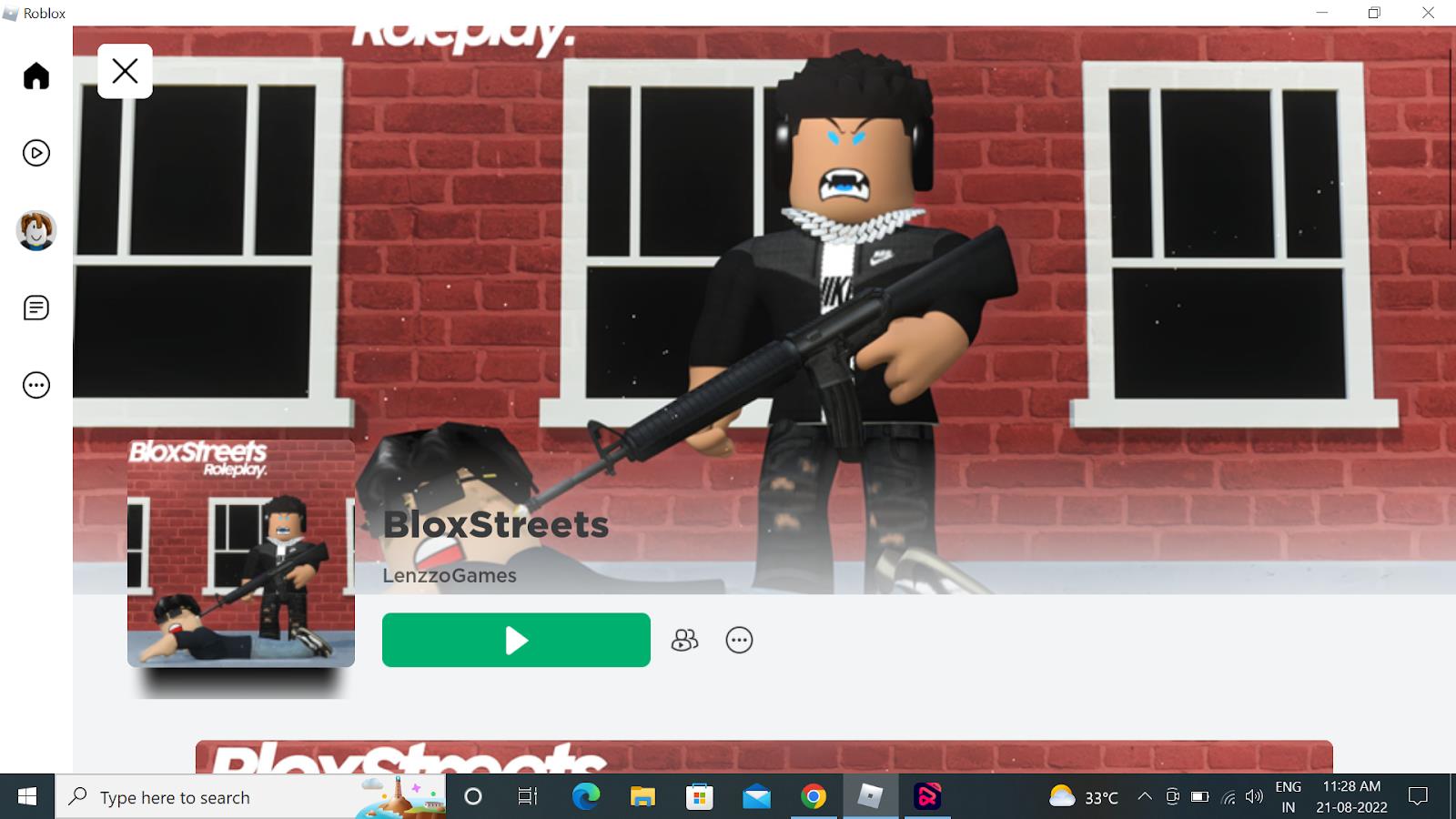 Bloxstreet is the biggest role-play shopping gang game on Roblox. It’s a place where the players can experience shopping virtually as a customer in the metaverse. Even though the number of frequent visitors and players has significantly decreased, the experience still has a strong fan base. 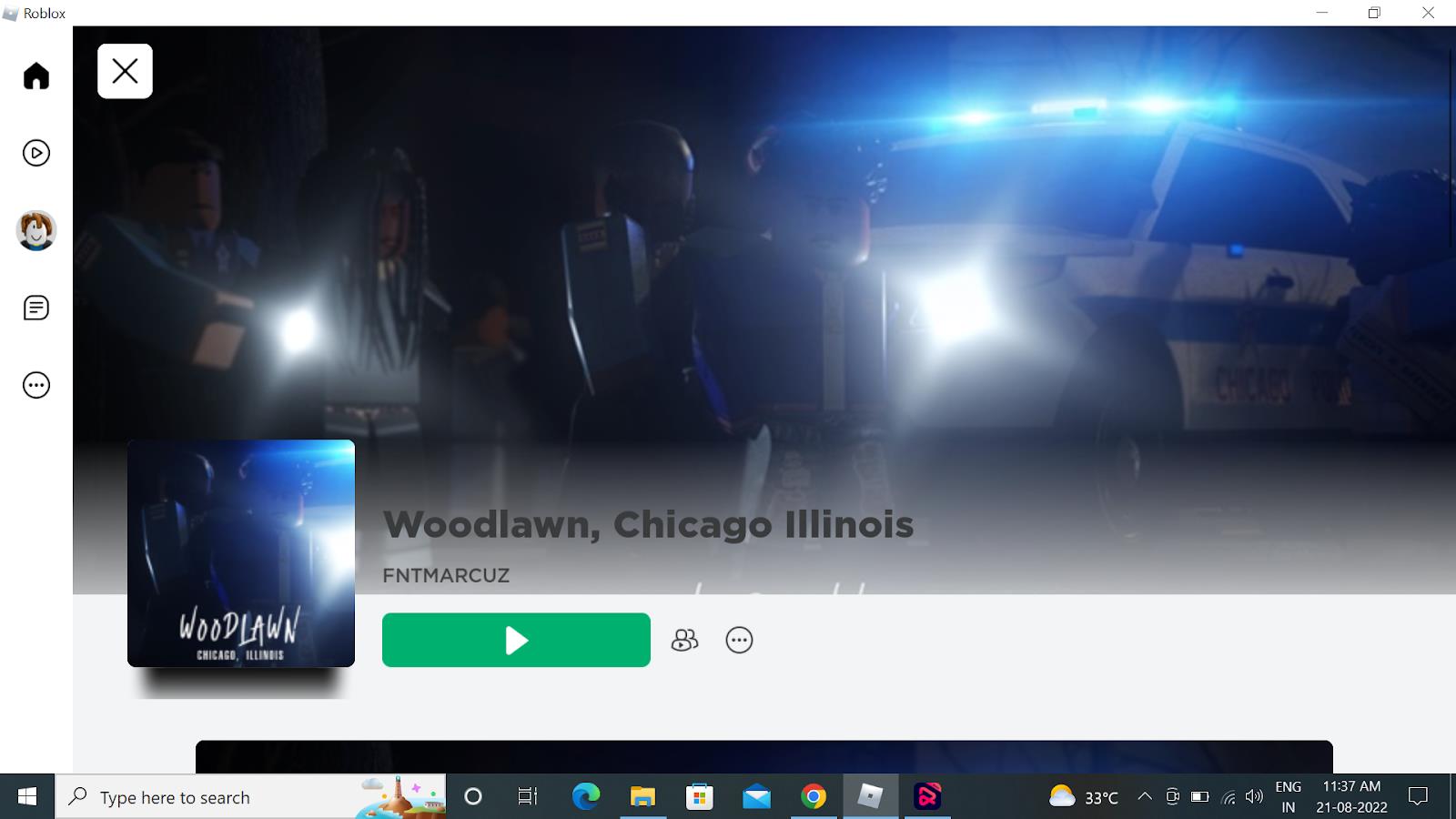 Of the various neighborhood in Chicago, Woodlawn is one among them. An intricate recreation of Chicago’s Woodlawn neighborhood is present. It is considered complete with all the walkable shops and eateries, realistic street design and signage, and even a moving train line. Even though the maximum number of active players on Woodlawn is 10, it could be a great alternative to a private server for you and your friends. 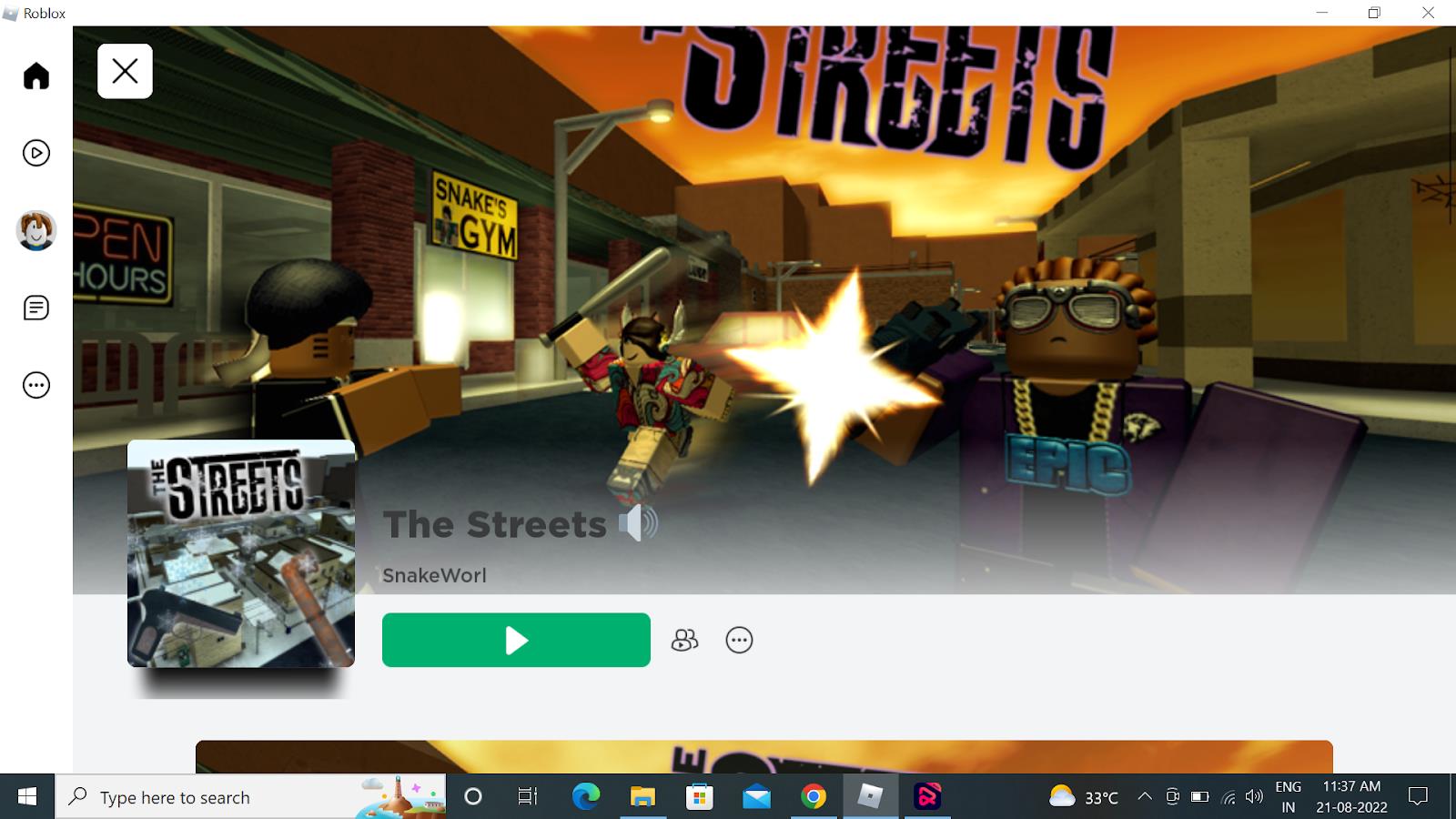 The streets are a very popular open-world gang game with action on Roblox created by Snakeworl. The game is based on gang culture and is set in a severely underprivileged African-American neighborhood filled with crime and gang violence. Similar to Grand Theft Auto, the game’s gameplay involves players killing one another with various weapons they find lying around the streets.

The players are set to begin with a fist and a knife. Three bars of varying colors will appear on your screen; the red bar indicates health, while the blue bar indicates knockout. If both of the bars reach 0, the players will be rag-dolled. 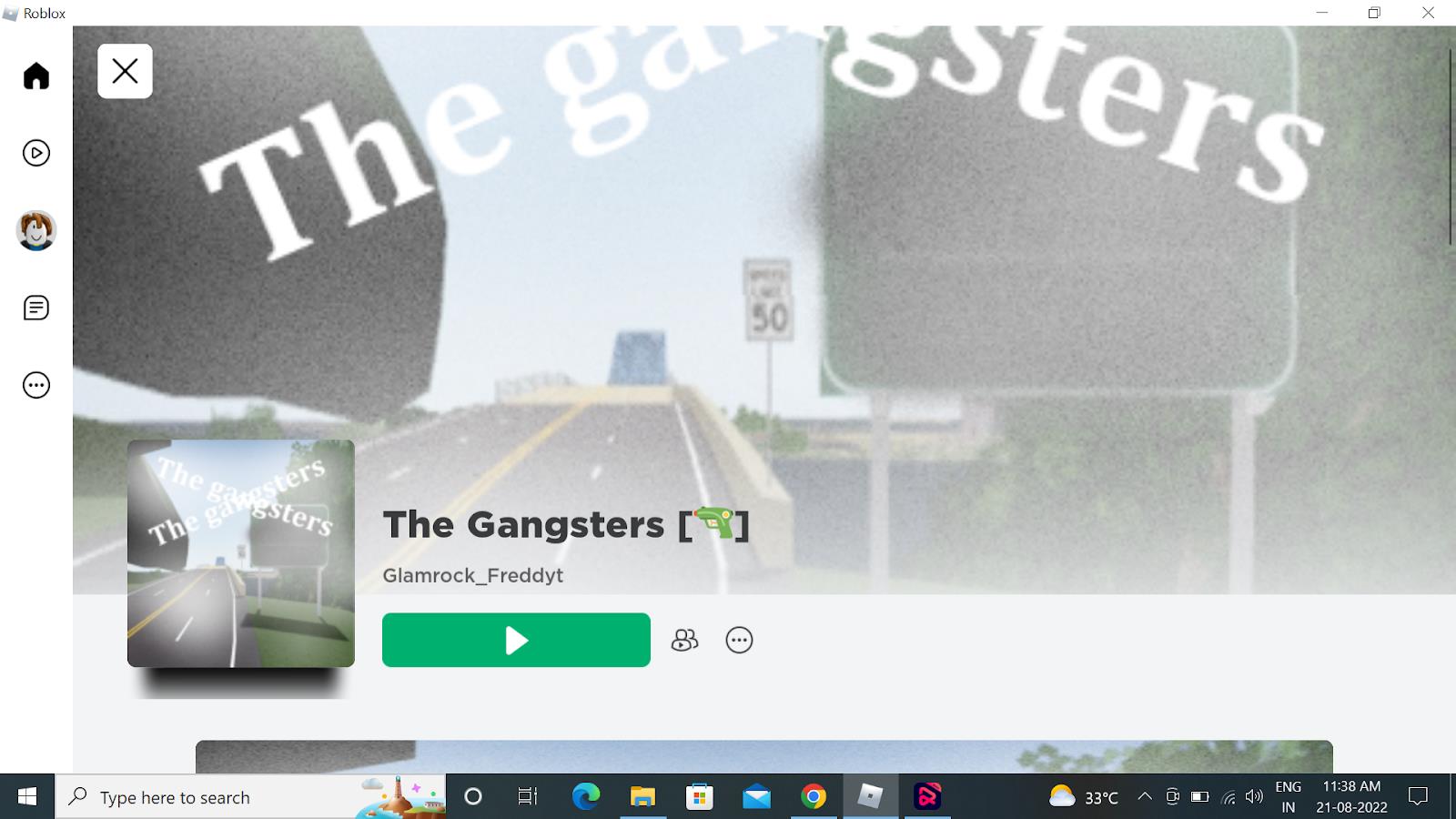 The gangsters are a gang game that is a replica of the streets duo. They are a recurring organism in the game that resembles the stereotype of a contemporary ghetto gangster in popular culture. The game would cease to exist without Gangsters, but it would also be a better place. It doesn’t mean they’re pleasant to be around just because the game is based on what they think their culture is like.

These organisms function as carnivores, similar to the ecosystem’s bugs. They are proud to show off their snatched prey but attack when their trash nest is disturbed. They can never be entirely erased. You can never completely get rid of them, just like cockroaches.

Gang members also dress up in a variety of colors, depending on which gang they belong to. The more one color dominates their outfit, the more likely they are part of a large gang.

These are some of the best gang games ever discovered on Roblox. These games are fun at the same time, and kickass to play with your fellow mates. Rehash each game, discover which of these suit your gaming preference, and rule their city.