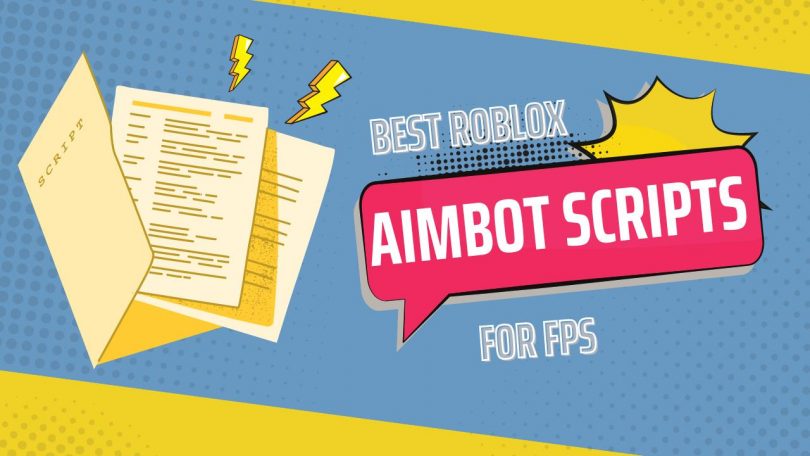 Regular Roblox players will certainly know the popularity of FPS games on the platform. There are thousands of active players playing FPS games. While playing, you might have seen players getting a lot of kills in quick succession, annihilating everyone in their path. They are either very skilled or using an Aimbot. The latter is true for the majority of those cases. Read on further as we decode what Aimbots are, how to use them, and what are the ones you can use.

Aimbots are programs or scripts that are essentially game hacks that enable the player to automatically aim and, in some cases, even shoot the opponents in the game. These are one of the most contentious cheating techniques available in games because of how efficiently it ups the kill counter in online FPS games. This is also why it is one of the most despised cheats in the player communities. However, it is also one of the few cheating techniques that get identified very easily and banned.

What Are The Best Aimbot Scripts?

We have added a few working scripts that still work for a majority of the Roblox FPS games.

This is a Universal Aimbot script by ZeInSoRiTy that is claimed to work for all FPS games. It was showcased by playing Arsenal, Weaponry, and Big Paintball. With this script on, players across half the map were getting killed with headshots. Now, how overpowered is that. The script for this aimbot can be obtained from this link-https://linkvertise.com/448932/universal-aimbot-script/1.

After getting the script, there are more steps to be followed. The player has to use an injector to use the code in the FPS games inside Roblox. Krnl is one of the injectors that can be used to do this. Before that, here’s a short intro to Krnl. It is an exploit for Roblox used to execute scripts. Many premium features are free now and can also run complex scripts like Owl hub. The link to download Krnl is here- https://wearedevs.net/dinfo/Krnl.

Now that you have the script and the exploit let us get down to business. Open up Krnl and paste the script into the console in it. If the game is opened, you can proceed by pressing the Inject button. It needs a key to work; once you use the key, the injector will inject the script. You will see a panel in-game if all goes well. Using that, the player can configure the aimbot.

This is the other universal aimbot that is supposed to work for all FPS games. The link to the script is here- https://pastebin.com/vpGh7csP.

The rest of the steps to use it are the same as in the previous script.

Will I Get Banned For Using It?

It probably happens very rarely and also depends on the game. But you can get kicked from some game servers while using it. Use it at your own discretion.