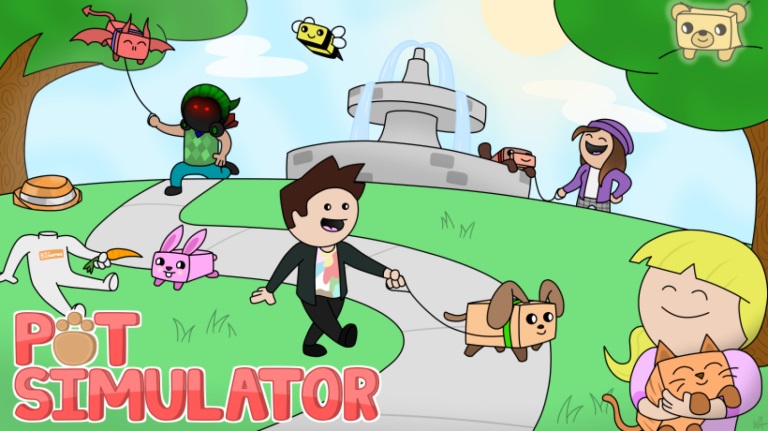 This is a Roblox game where you need to fight with the help of pets you buy and move forward in the game. The player will get big, furry cute animals and raise them. Later on in the game, the gamer can get new pets, trade them with other players, or improvise them. Improvisation of pets is possible by combining the pets and making them better.

At the beginning of the game, the player needs to earn a fixed number of coins to get pets. The supply of pets comes from eggs, and the gamer needs to collect coins and then buy eggs to get a new pet. With the help of several pets, one can move forward in the game.

Gems also have great usage in the game, and it gives storage which helps in the collection of more coins. Gems also help in moving faster in the game. There is a fixed amount of coins a player needs to gather before going to the next level. The pets in the game help the gamer collect and gather the coins.

The codes in the game help in redeeming various gaming benefits and rewards. One can get coins, coin boosters, eggs, and diamonds with the help of codes. These lists of active codes are found on several platforms, like YouTube, Twitter, and blogs. The player just needs to get hold of codes and apply it to the game to earn rewards.

Roblox Pet Simulator X comes with a lot of buying of eggs that will turn into varieties of adorable pets. If you want to achieve the best pets, you need to have a lot of gold and diamonds in your game account. Here the codes help you to get more and more coins, gold, diamonds, etc. Following are some of the most used codes that various users redeem to get exacting freebies.

Are you willing to enjoy the rewards of code but confused about how to redeem them? Want to redeem all these exciting codes in Roblox Pet Simulator X? Here are a few steps for you to follow and redeem your exciting freebies.

Keeping yourself updated with the codes will provide you with great help. Are you unable to find new codes? Follow the official Twitter account @BuildIntoGames for regular updates of codes. You can also find them in their official discord and on YouTube channels.